Highlights from the Christmas Auction: 15 December

After Erfurt, Saalfeld was the second major centre of sculpture and panel painting in Thuringia in the two decades before and after 1500. The workshops formerly located there and their numerous altarpieces go under the term of "Saalfeld School" in terms of art history. The winged altar presented here is the oldest preserved altar of the Saalfeld School. It was created in 1479 by the "Schwarza  Master" for the village church of St. Laurentius in Schwarza near Blankenhain, which explains the artist's given name.

About the vita of the "Schwarza  master" one can only speculate. Based on the dating of the altar, the assumption seems realistic that he may have been born around 1450 in Ostfalen and received his artistic training there or in Westphalia before coming to Saalfeld around 1475 to found a workshop where the altar was created. On the back of the shrine box is an inscription: "Sub anno d(om)in(i) 1479 i(n)  vigi(lia)  visitacionis  mari(ae)  co(m)pleta  e(st)hoc  opu  (s)'. The work on the altar was therefore completed on 1st July 1479, the day before the Feast of the Visitation of Mary. 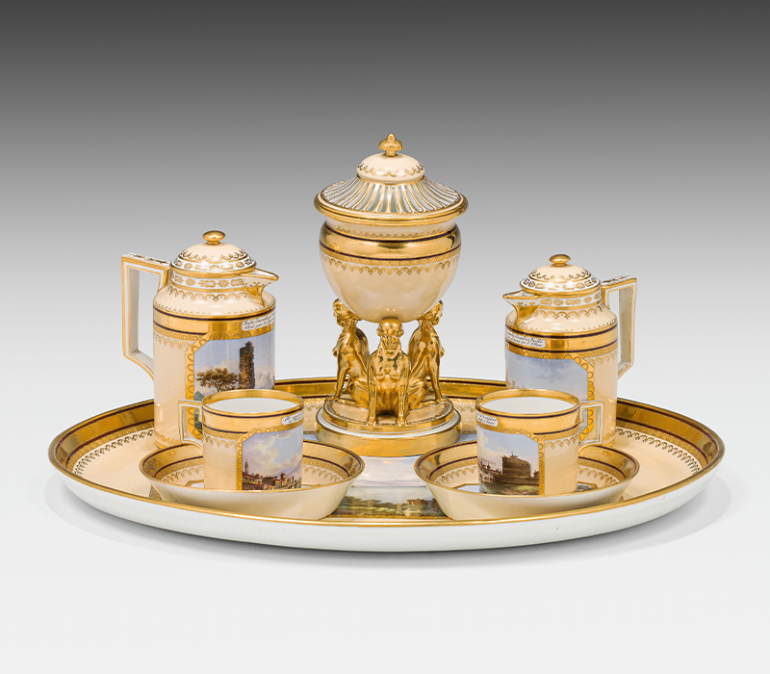 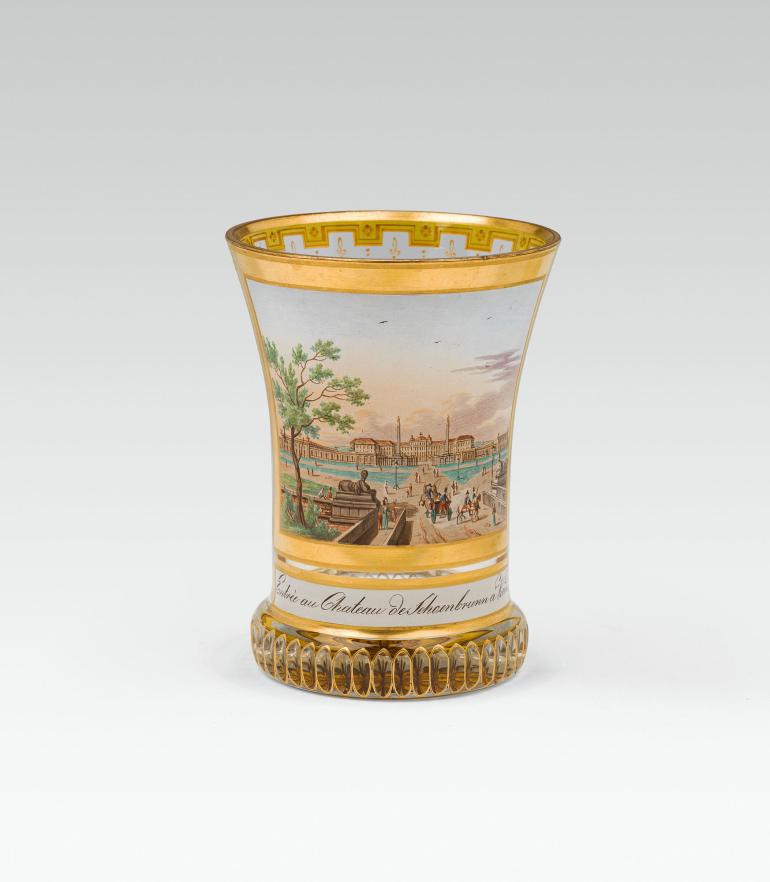 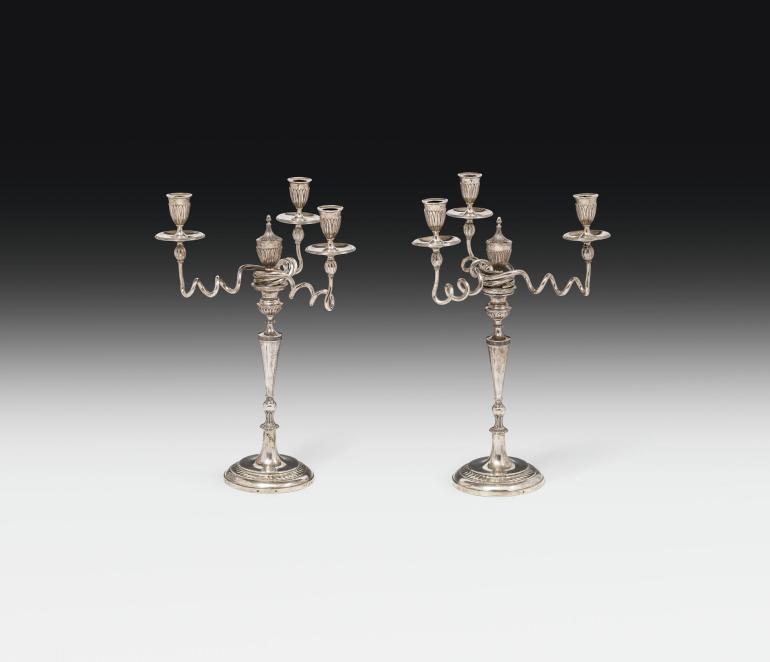 The Girandolen were commissioned by Duke Albert of Saxe-Teschen  (1738-1822). He was one of the few at that time who could afford Girandolen in this size, quantity and quality. In his possession was also a large table service from Würth. Moreover, his means allowed him to "buy his way out" from the emperor, i.e. he did not have to deliver his service to the coin, as even the emperor himself had had to do with the gold service of Emperor Franz I. The  Teschenservice was not pulled apart until the 1930s. The majority of it is privately owned by France and was shown a few years ago at the Palais Liechtenstein in Vienna.

In 1915, Otto Primavesi acquired from  Fritz Wärndorfer, founder of the Wiener Werkstätte, his shares in the company. This transaction came about primarily at the instigation of Josef Hoffmann, who had made intensive efforts to attract investors in view of the impending bankruptcy of the Wiener Werkstätte. He was well acquainted with the Primavesi family, for he had built them a large country house and furnished it completely with furniture designed by him. The Primavesi family also obtained numerous other furnishings designed by Hoffmann and executed in the Wiener Werkstätte, gifts for friends, everyday objects and pieces of jewellery. Hoffmann designed the brooch in 1922, Otto Primavesi gave it as a gift to his wife Mäda on the occasion of the wedding of their first son Otto. It is an extremely rare model, executed only once, in a design in which Hoffmann followed the taste of the receiver. 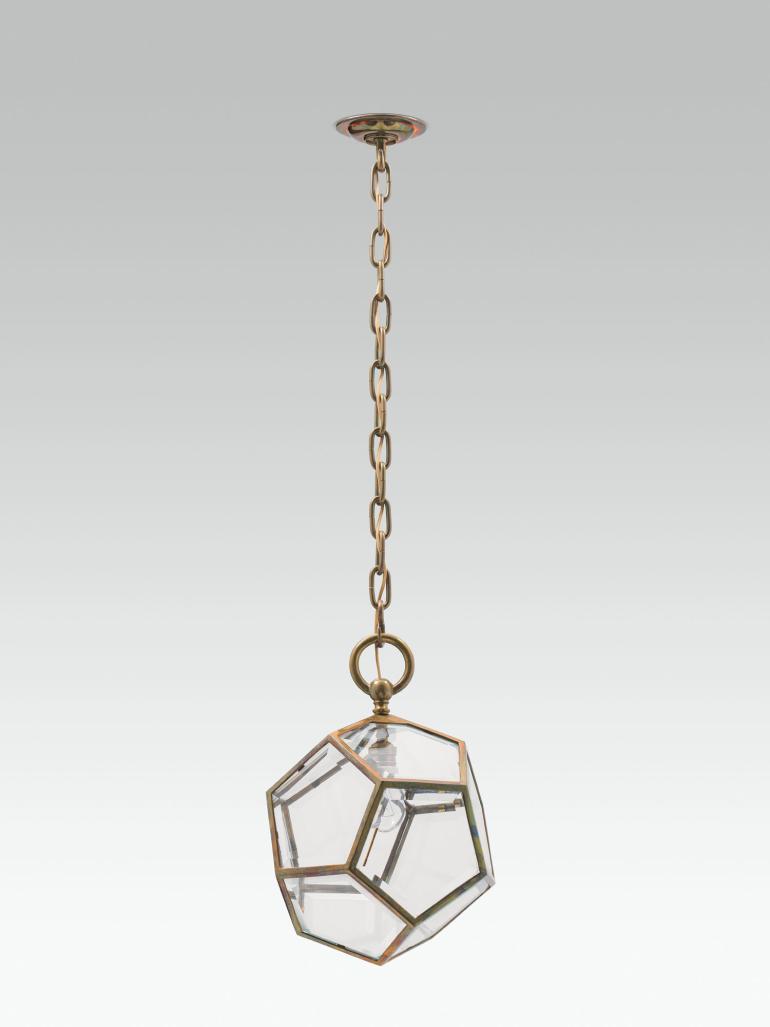 This is one of Loos' best-known interior designs.  The reduced brass construction, glazed on all sides, allows a clear view of the electric light source and was often used by Loos as a radical contrast to his furnishings supported by a lot of wood and fabric. He used such lamps in slightly different forms in private apartments such as the Friedmann apartment in Vienna (1907) as well as in business premises such as the branches of Kniže in Vienna (1905-13) and Paris (1927). 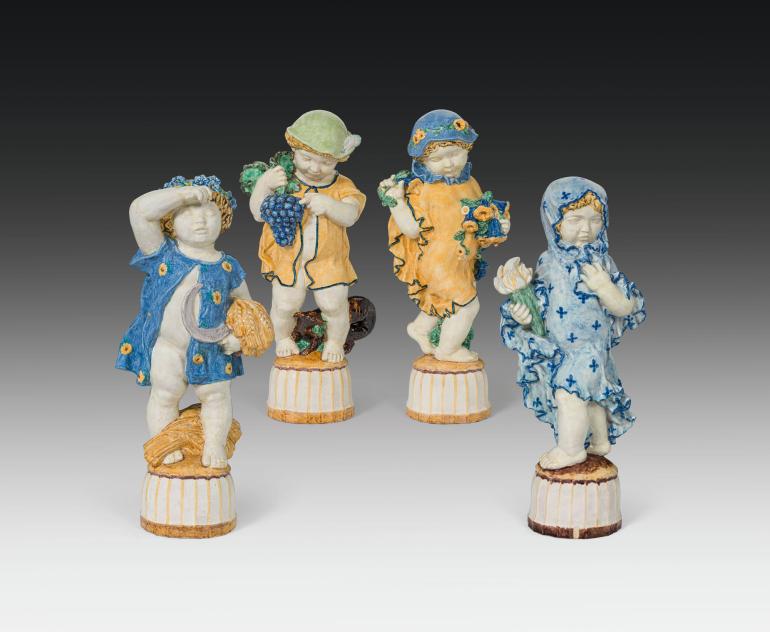 With these sculptures, Michael Powolny is at the height of his work both in terms of craftsmanship and art: the models are perfectly executed, their shapes flawless. The mannered posture paraphrases – no doubt intended by the artist – baroque garden figures. But the faces seem frozen by the wide-open eyes and reminiscent of petrified dolls, as if Powolny did not intend to recreate living beings. The group of figures, consisting of allegories of the four seasons, is not only an artistically outstanding achievement by Michael Powolny, it is also an art-historical document of the greatest rarity. 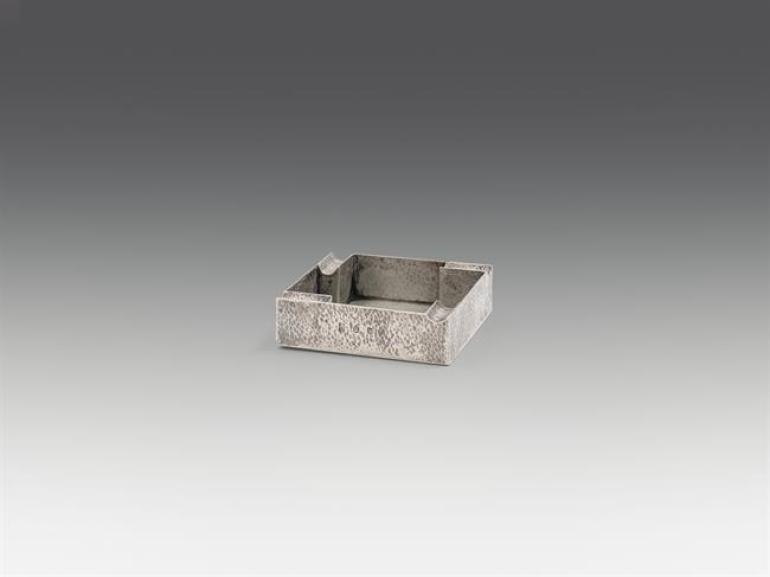 Before founding the Wiener Werkstätte, Kolo Moser had limited himself to the creation of graphics and surface decorations. From 1909 he also designed three-dimensional works of art, but he could not shed his artistic origins: Viewed from above, our cigar bowl looks like the décor of a fabric, the inlay of an ornamental furniture or a façade decoration. The Moser ashtray enjoyed great popularity. Wiener Werkstätte has sold 19 of these items. 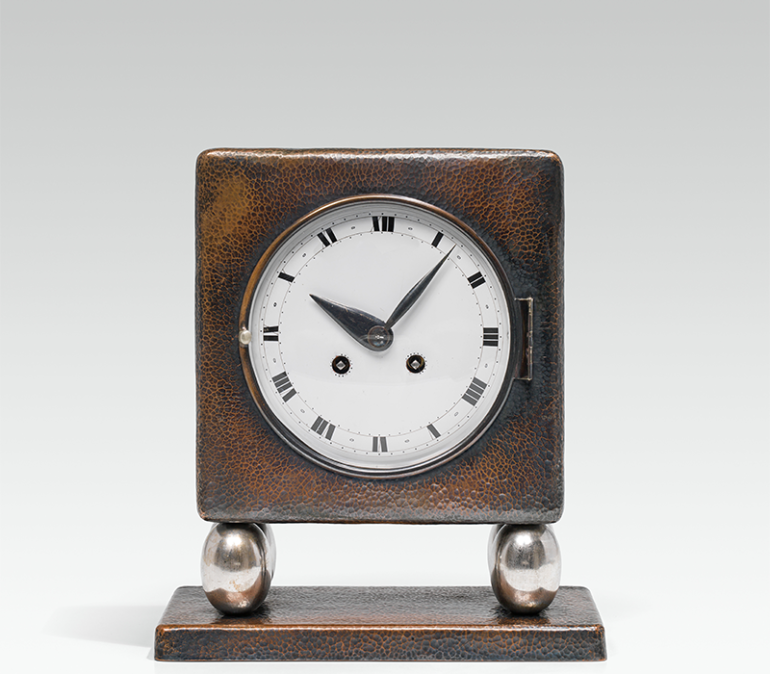 About 25 years ago, imKinsky  auctioned off a counterpart to this watch, which is now presented in an excellent museum in New York. It  stands for everything that distinguishes the early works of the Wiener Werkstätte: best craftsmanship, use of "basic" materials, shape reduced to stereometric basic forms and a design that looks like a greatly reduced architectural construct. The present clock was built in 1909 and is based on the same design by Josef Hoffmann, but overall looks even more mature, even more proportioned and calmer. On the one hand, this is due to the simpler white enamelled dial, on the other hand to an enlargement of the spherical ovals supporting the watch case. This watch is undoubtedly one of the most successful everyday objects that Josef Hoffmann designed around the founding of the Wiener Werkstätte. 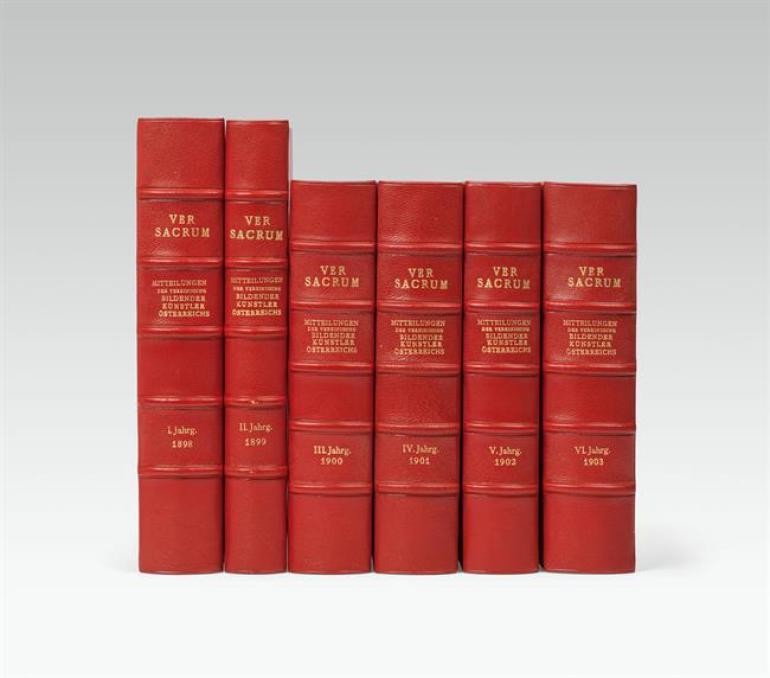