Highlights from the Christmas Auction: 17 December 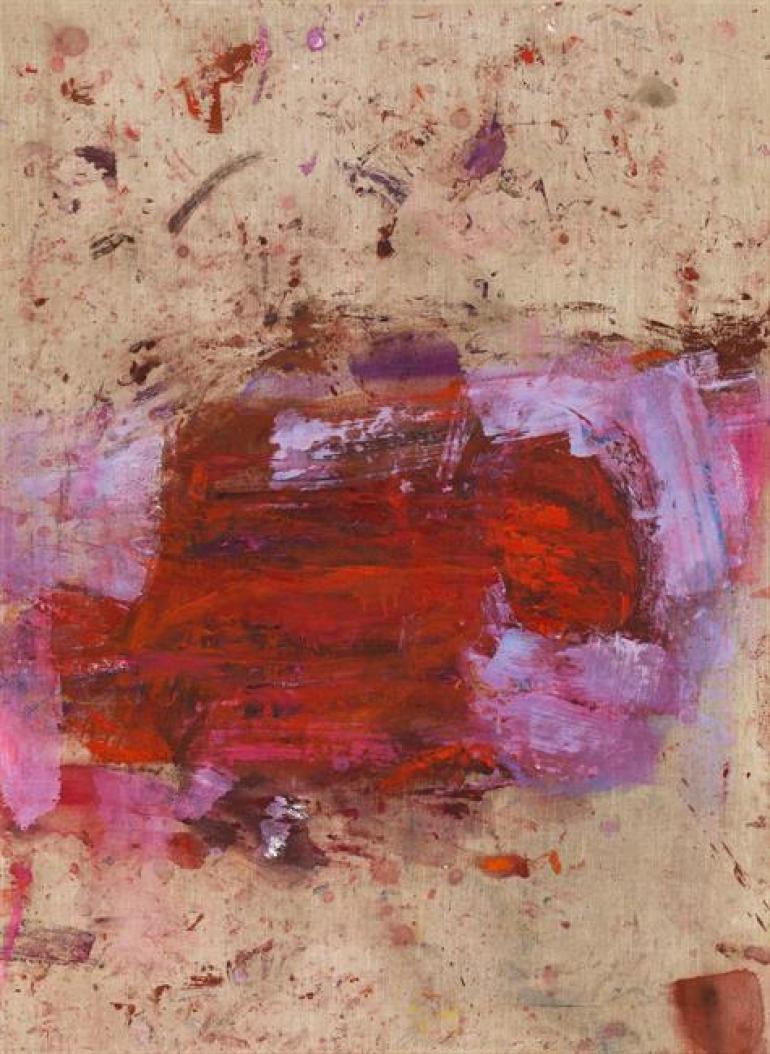 Martha Jungwirth brings a sensual connotations of things to the canvas that she has seen or experienced herself and manages to open up different levels of perception in the alternation of opulence and empty spaces. Here, the majority of colour surfaces prevail in the red and purple tones characteristic of the painter. They control the pictorial events. The color blocks are placed on the paper with great spontaneity of gesture. Stains, corrections, streaks allow insight into the work process and the intuitive energy. At the same time, thanks to radical abstraction, an openness and invitation to association is created. 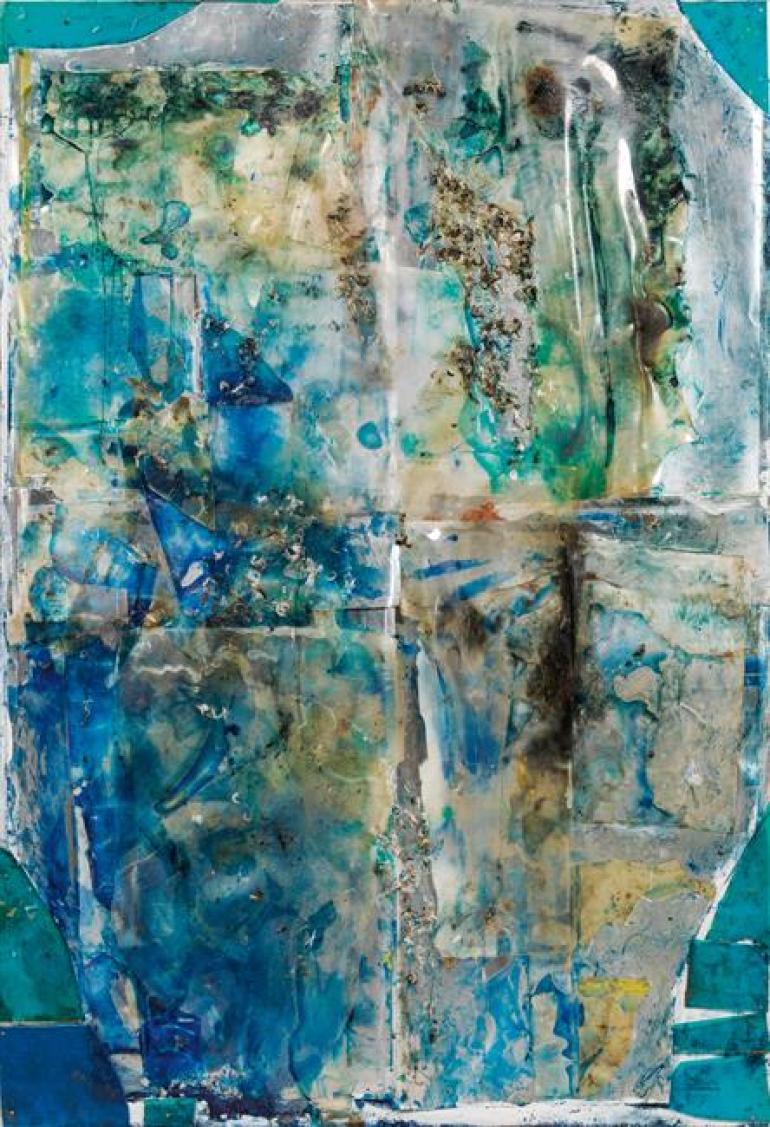 Since the mid-1970s, the exceptional Austrian artist Rudolf Polanszky has been creating a multi-layered oeuvre that ranges from conceptual film, video and photographic works to drawing and painting to sculptural objects and assemblages. His work is characterized by the intended and quite methodical integration of the random. This can be seen in the use of materials that show signs of use, as well as in the introduction of spontaneous gestures. The result is an exciting interaction between materials and structures.

In addition to the present untitled picture from 2003, imKinsky offers two other works by Polanszky,  including one of his so-called " spring paintings" from the early 1980s. In a specially made seating device, the artist hopped along in front of a canvas or the studio walls covered with paper with the brush dipped in paint and left spontaneously traces. 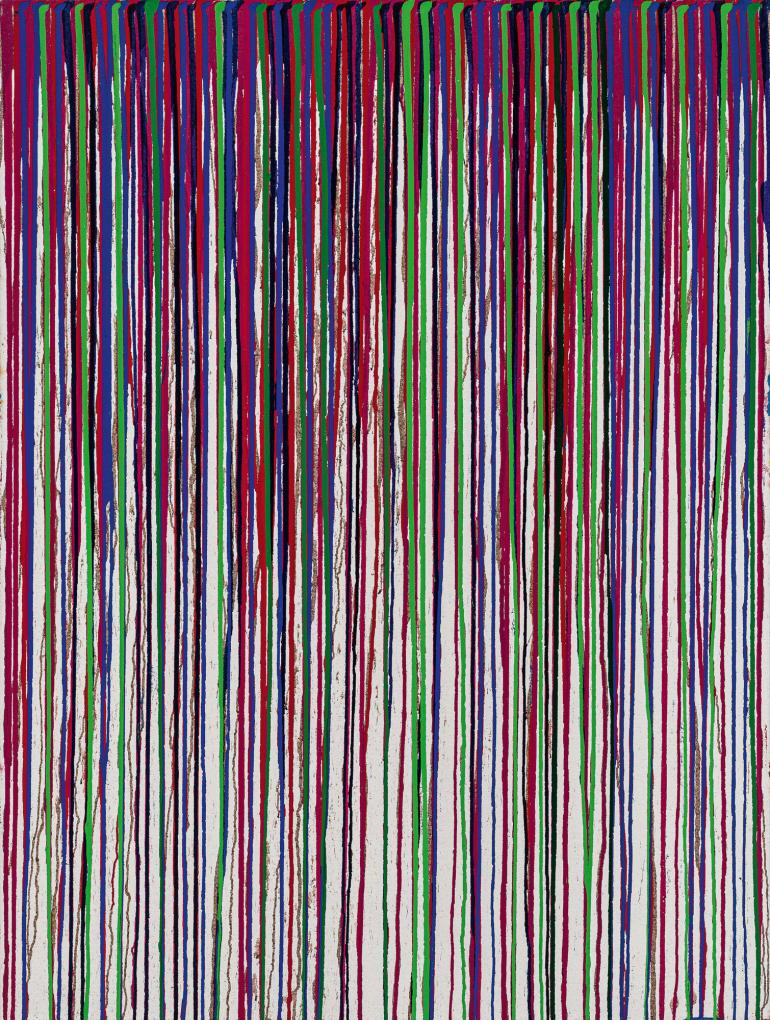 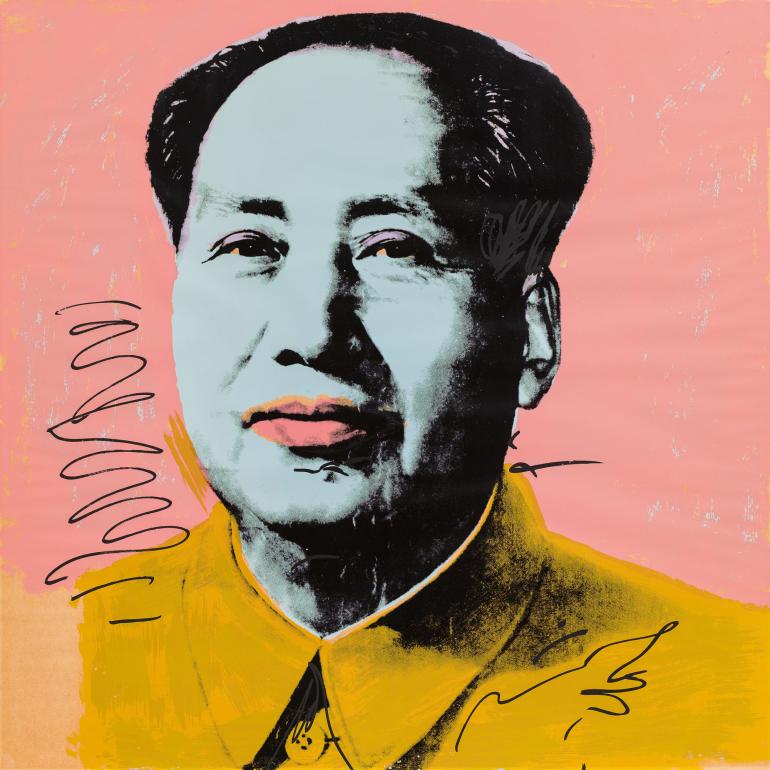 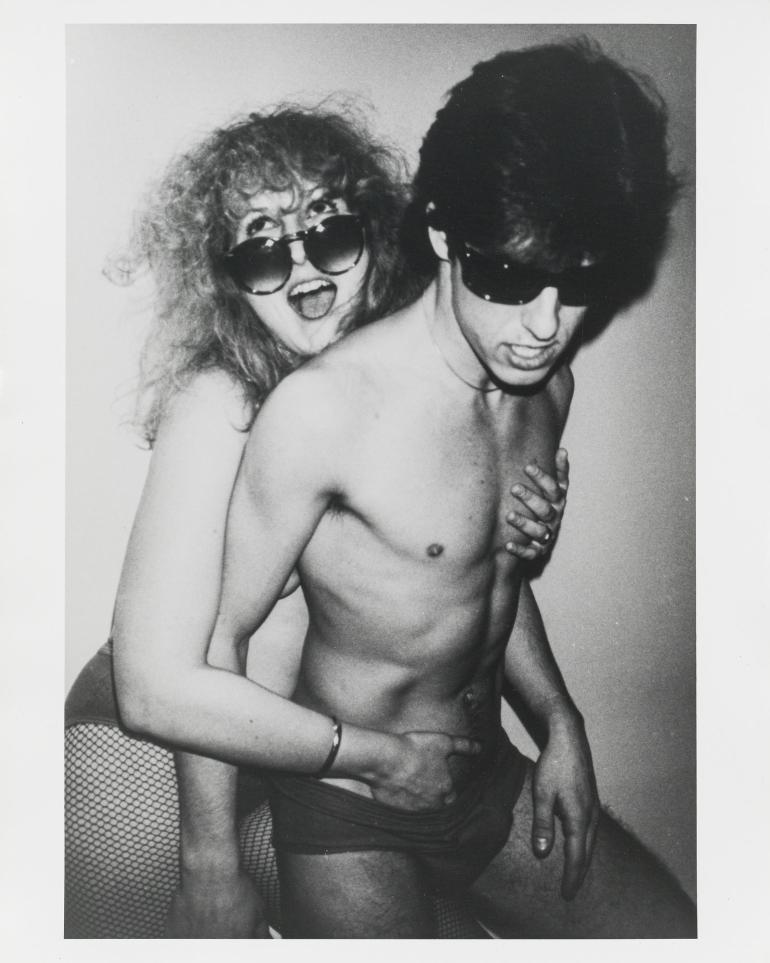 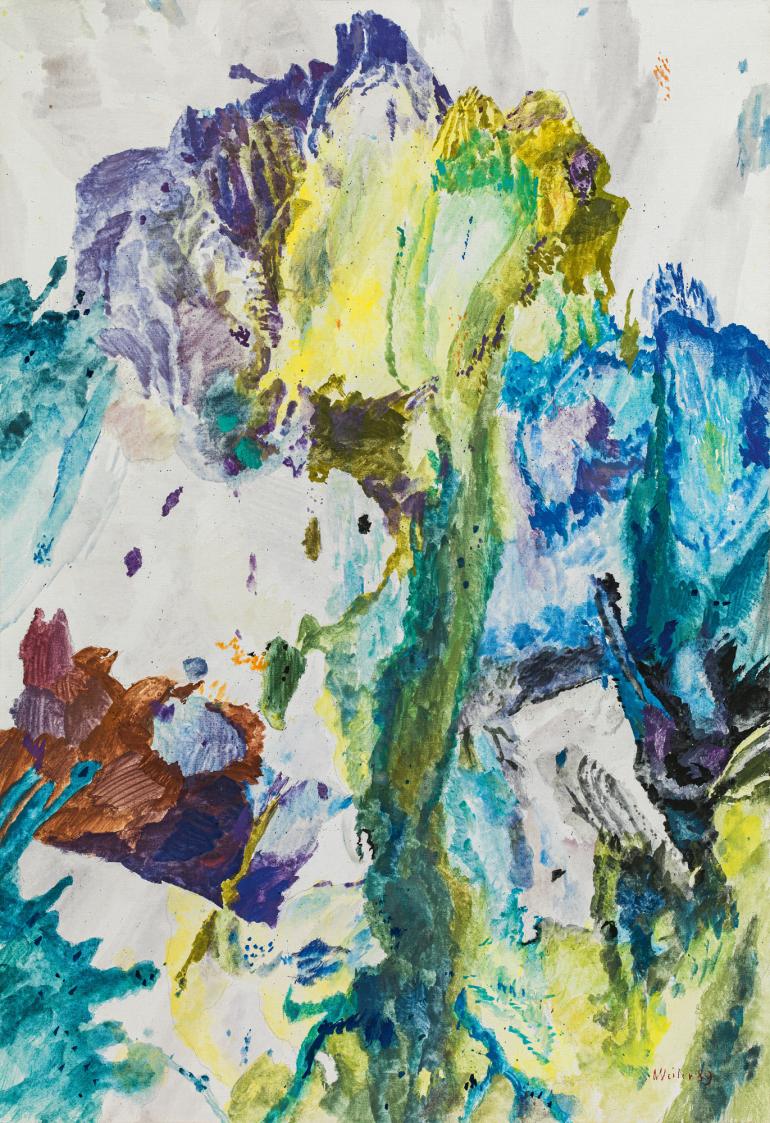 After Max Weiler resigned his professorship at the Vienna Academy in 1981, an intensive phase of work began. Bright colours in a magnificent variety conquered the canvas from the mid-1980s. The structuring of the images is left to role models from nature, the titles help with our understanding. So we meet the mountain, the cloud, the flower, the garden, the forest, the wind and again and again the tree. In Weiler's composition there is no perspective, no fixed axis of the image. The picture title "Glow of the Tree" refers equally to the radiant liveliness of this plant, which radiates from the roots to the trunk to the crown, but also to the fact that it is the outer image of a tree, a symbol and not an image. The tree stands here, as in many ancient cultures, as a symbol for the synthesis of heaven and earth. 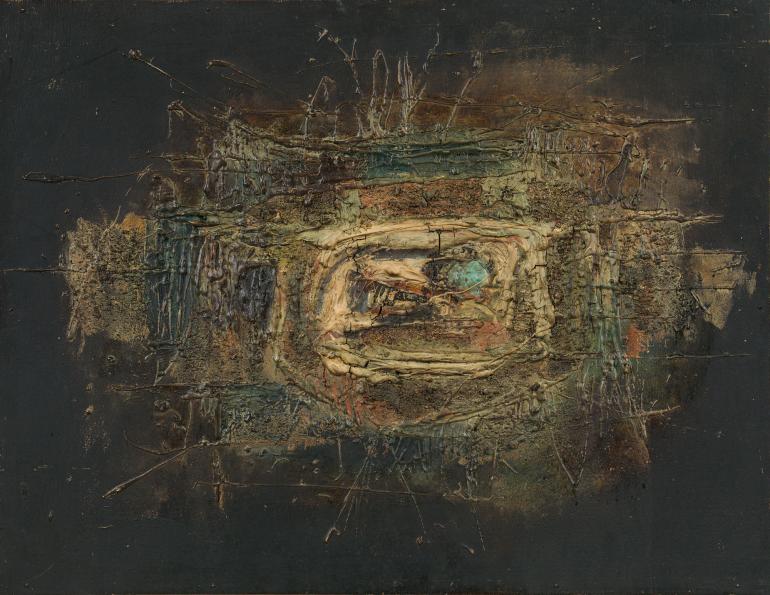 In the present case, he left the surface intact and focused on the relief of the materials and colours. Around a brighter structure in the middle of the image, material bulges are formed in earthy tones, whose gestural impetus is almost reminiscent of lashes. In the center, the paint application is so thick and pasty that the paint has burst in several places and has formed deep furrows.

In her works, Grosse systematically questions and expands the concept of painting. Since 1998, she has mainly used a spray gun operated with a compressor for paint application. From 2001, she increasingly conquered public space in large-scale works. In this work from 2003, Katharina  Grosse limits herself to a classic image format. Here, too, it is about irritations, illusions and questioning our perception of reality. 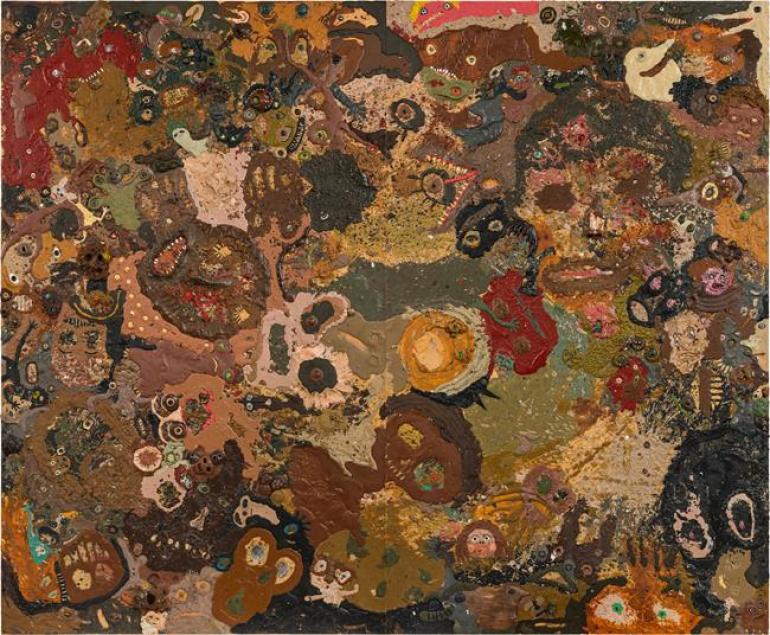 In the series "Guernica", the four artists deal with one of the most famous works in art history, Picasso's depiction of an air raid in the Spanish town of Guernica. The harrowing, shocking mood of the war picture is juxtaposed with the easily malleable, original creativity of playdough, a material that everyone knows from their childhood. In small-scale kneading grimaces and shapes, a dense, hell-like image is created, in which childishness and terror reach out to each other. 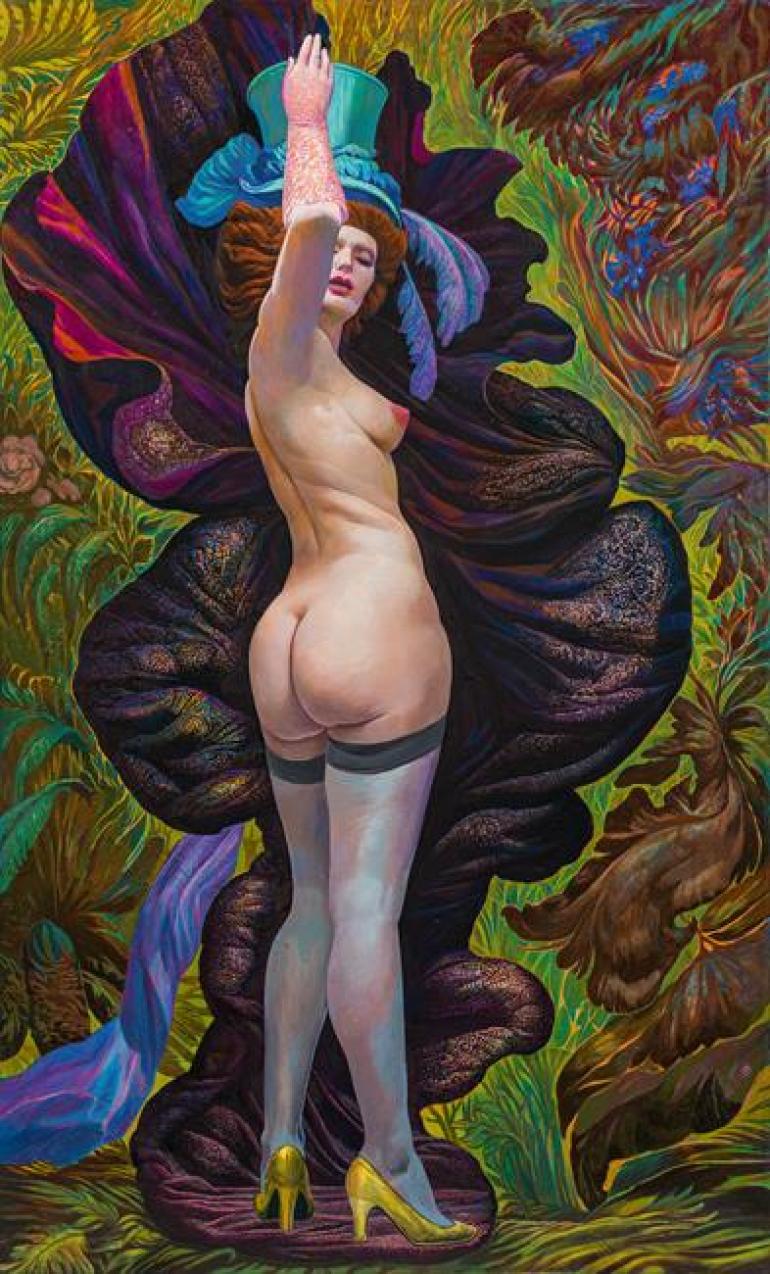 Among other things, two paintings by Ernst Fuchs will be auctioned off from the Stronach Collection, including the large-format painting "Cinderella I". In addition to portraits, saints, apocalypses and visions, Ernst Fuchs dealt intensively with the representation of the female body as an expression of sensuality and passion. Fuchs presents us with a self-confident and strong personality, a femme fatale, whose physical attributes cast a spell over the voyeuristic gaze of the viewer. 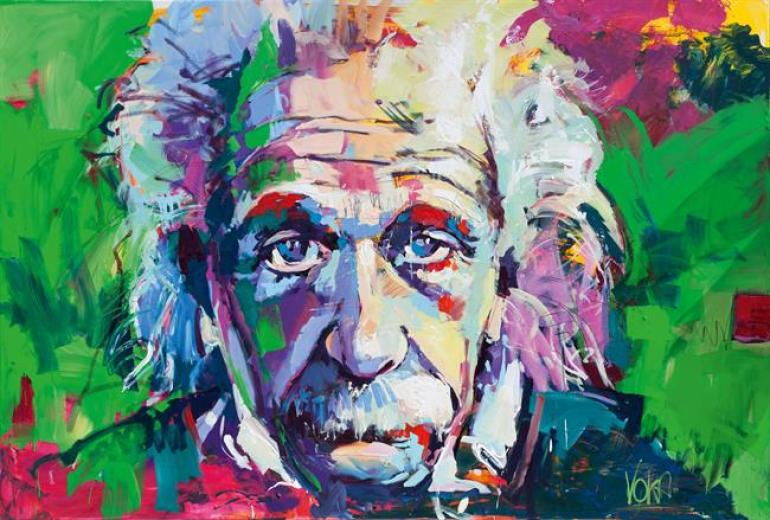 Frank Stronach is a great collector of the works of the Austrian VOKA, of which not only the present "Einstein", but also a series of eleven large-format sports pictures, the so-called "Legends", will be auctioned. VOKA describes his painting style as "spontaneous realism": he captures snapshots that move him. (Alexandra Markl)