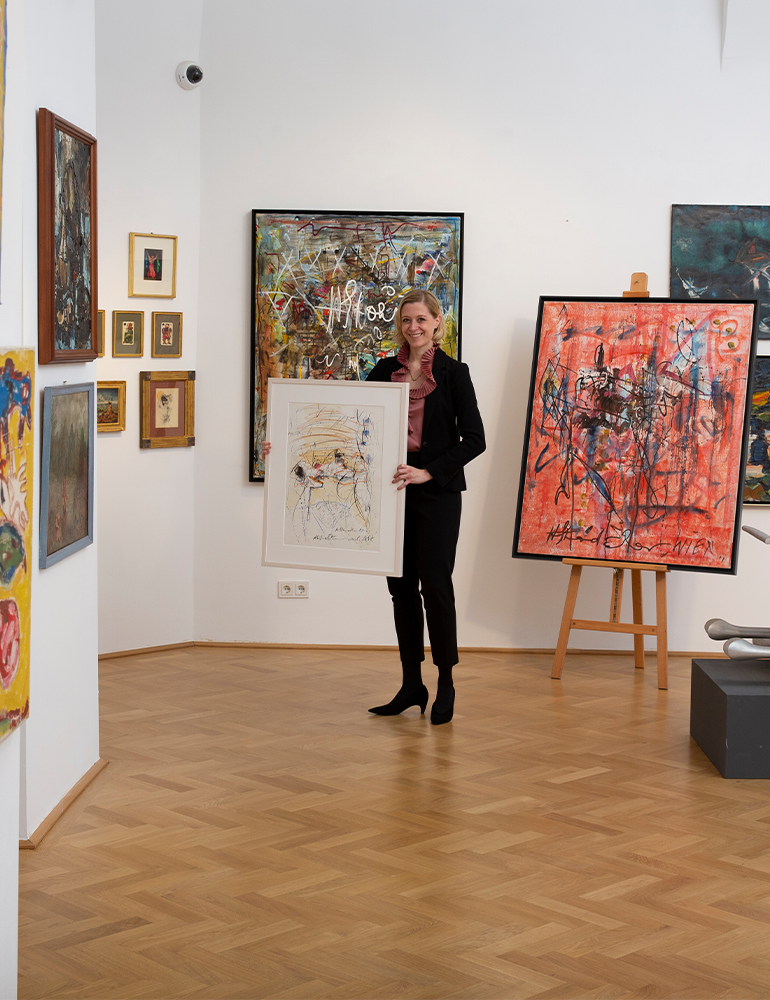 It seems that Staudacher is an "evergreen" on the art market. What is his attraction?

For me, many of his paintings are pure poetry, they play with words and gestures. His works are an unbelievable kaleidoscope of colours, gestures, impressions, sensations - they have something sensual, sensitive and very often also an incredible amount of humour. I personally find the early works on paper very exciting, as they are silent witnesses of his life. They tell stories from his time in Paris, they are views of his home country Carinthia or Vienna, there are numerous portraits and tender nudes.

His paintings simply belong in every collection that deals with Austrian art.

What is the imKinsky offering of his works in the spring auction?

We have five works by him in the auction: four canvas works and one paper work from the 1980s and 1990s that reflect his multi-faceted creativity. Our house is still proud to hold the world record price for Hans Staudacher. 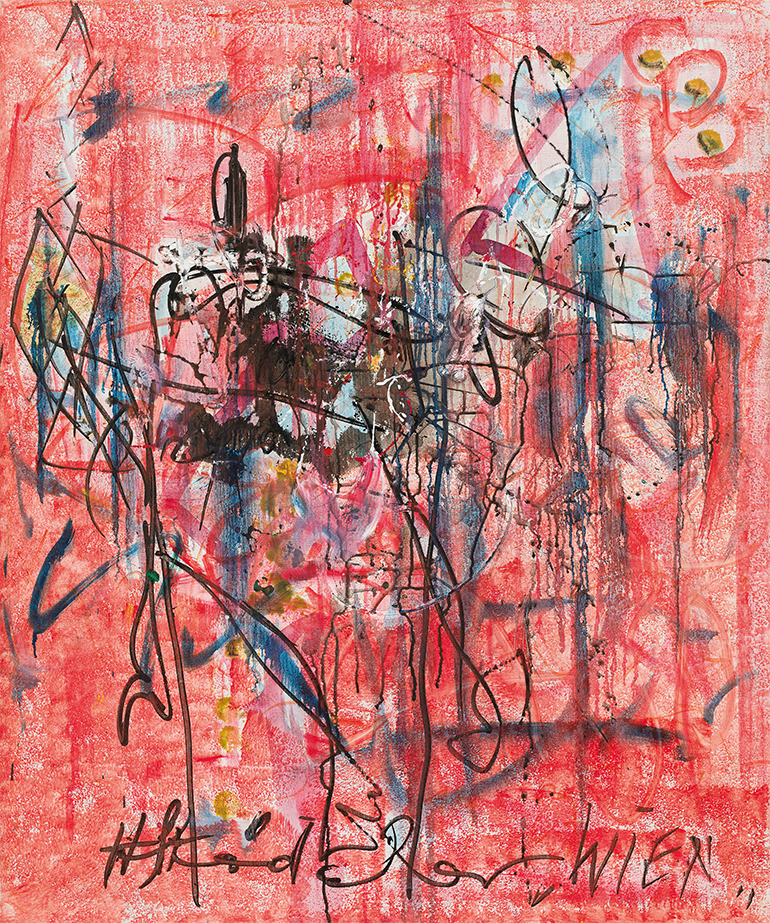 I had the great fortune to get to know the artist and his wife. I have some very fond memories of him: he was a charming, down-to-earth personality with a wonderful sense of humour. I was always fascinated by the anecdotes of his incredibly long, productive and multi-faceted creative period. He is a fixture of the Austrian art scene and was a very great artist of Austrian abstract painting.

Staudacher was granted a long artistic life. When and where did he find his style?

Like many other artists, he was influenced by travel and extended stays abroad.

The 1950s and 60s took Hans Staudacher to Paris, where his signature began to develop. Paris was also the springboard to the international art scene.

While in the early 1950s he was still very much concerned with two-dimensional geometry, he later arrived in the world of lyrical informal painting as well as Lettrism, the combination of word and image. The spontaneous gesture became his trademark. 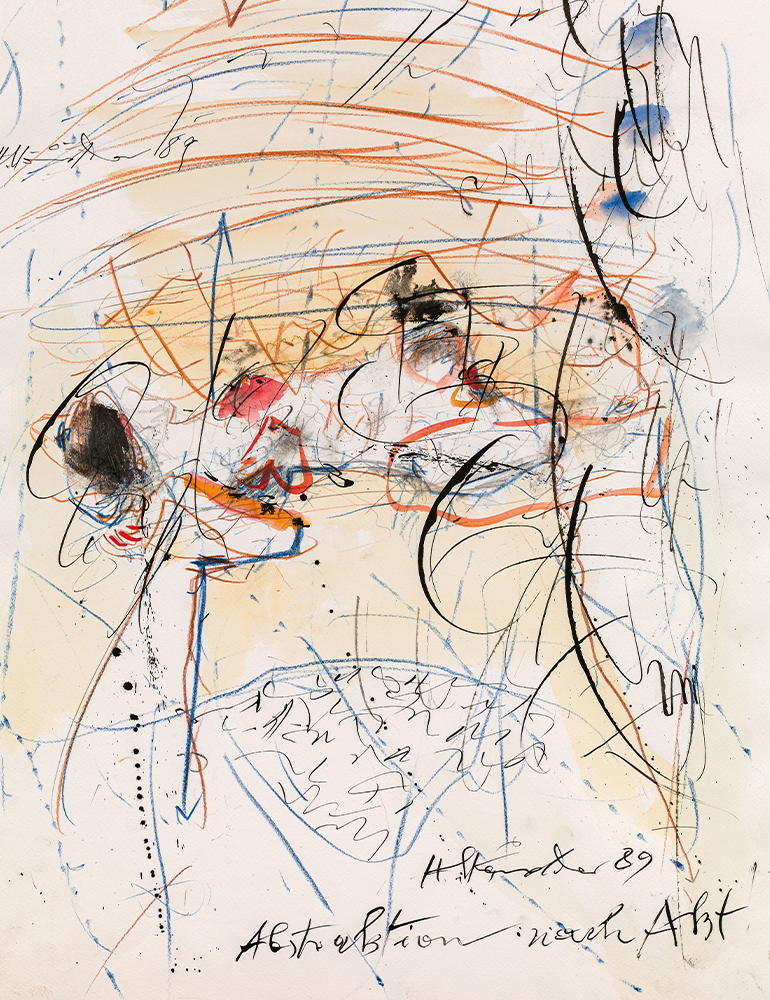 How does his work contrast with the other well-known art movement in Vienna in the 1950s, the Fantastic Realists?

In the 1950s, there was a split in the Viennese artistic scene between abstract and non-abstract artists, both directions being seen as an antithesis. In their highly detailed motifs from mysticism, the Old Testament, etc., the Phantasts revived Old Master painting techniques and composition principles. The informal artists, on the other hand, rejected these classical principles.

Both, however, are united by the will to break with outdated views and approaches after the Second World War. Some created wonderfully fantastic pictorial worlds, others plunged into action painting, abstract expressionism or lyrical abstraction.