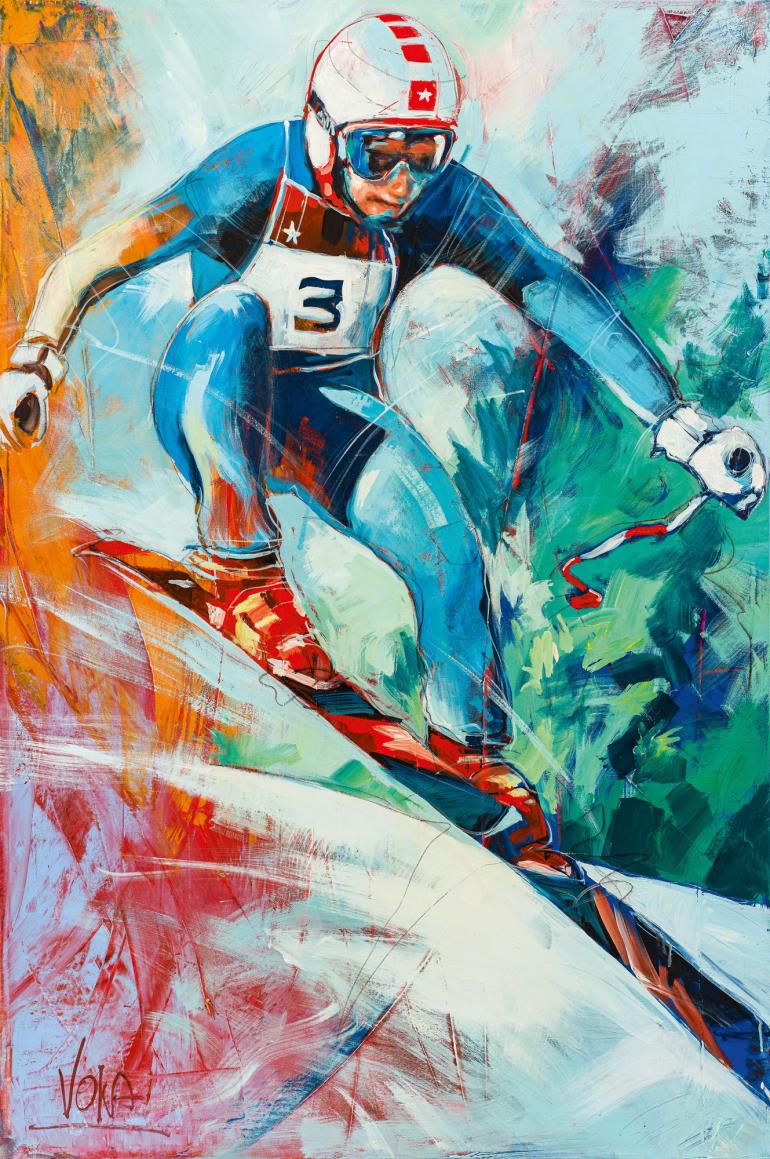 AM: How did you and Frank Stronach meet?

V: I've known Frank – that's how I call him – since 2007. At that time my golf pictures were exhibited at the Austrian Open Golf Competition in Fontana. And suddenly I got a call: "Hello this is Frank Stronach, I'm just over from Canada, I've seen the pictures and I'm buying them all!" 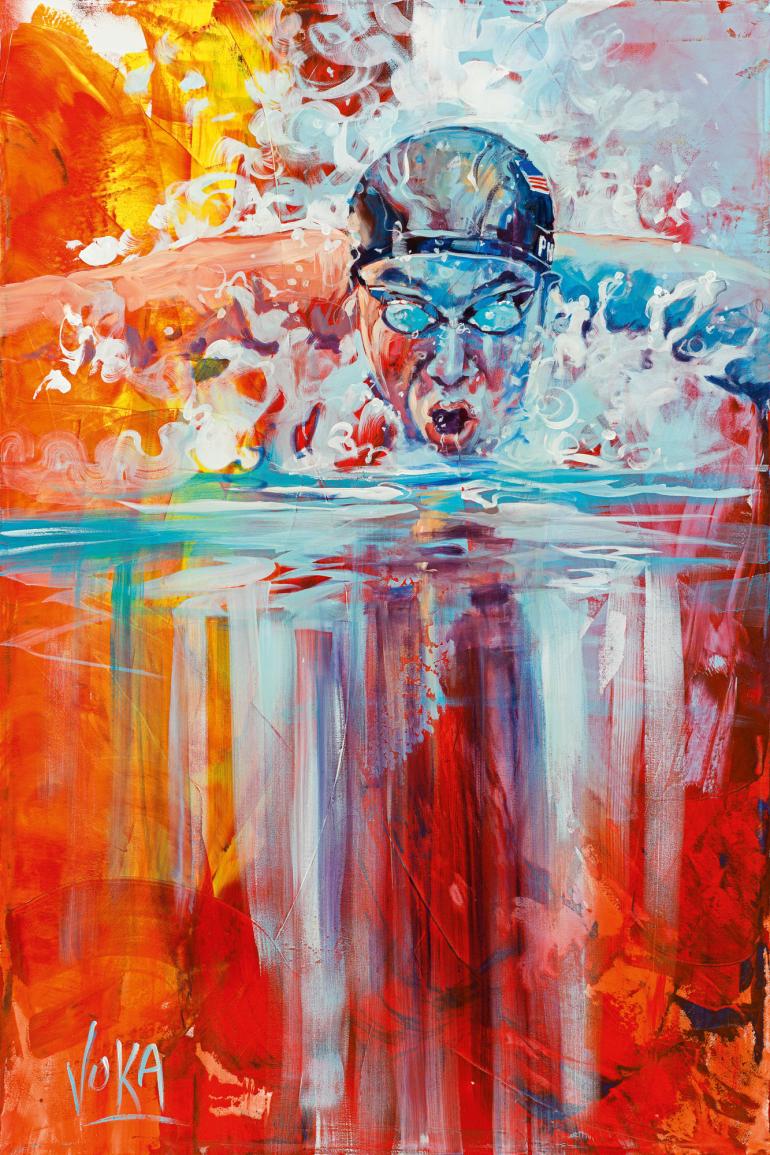 AM: Was that the beginning of a long friendship?

V: Yes, that's what you could call it.  He is not only a customer, but a really nice acquaintance and a friendship has developed. He bought seven or eight large pictures at the time, they were all golf subjects. Later, he simply came to the studio and picked out pictures there, such as Einstein and Emperor Franz Joseph. 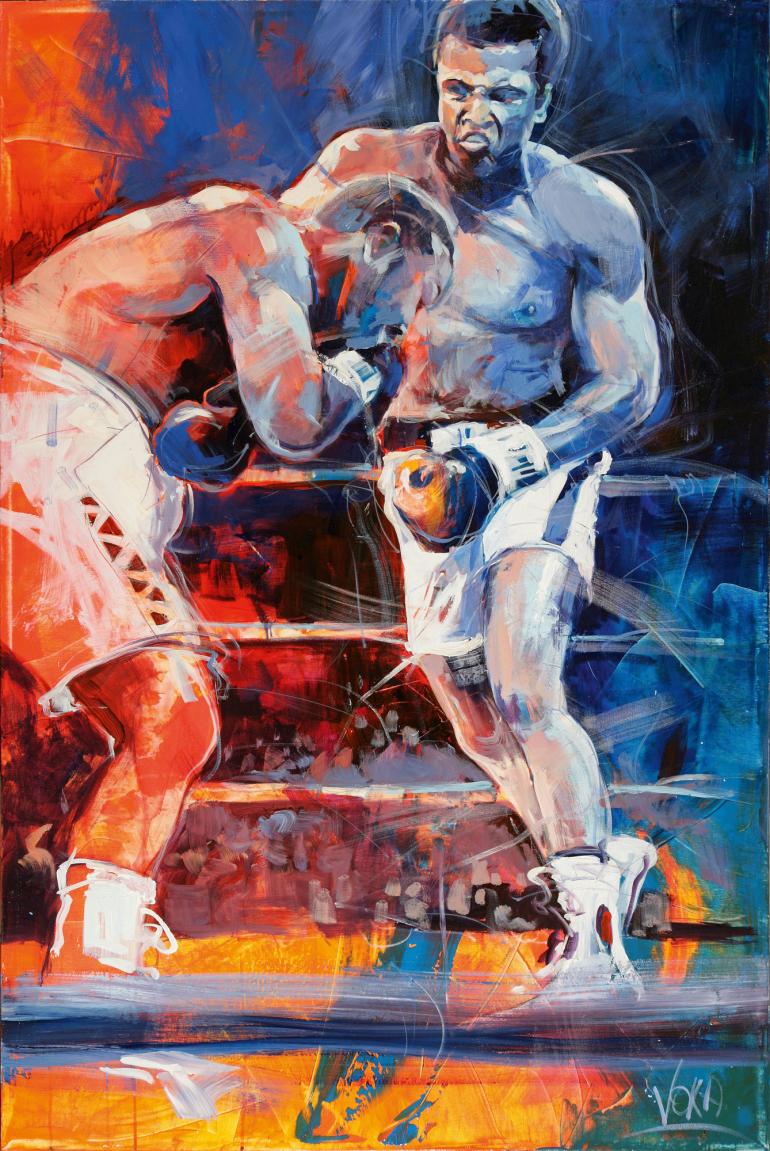 AM: But you have also supplied some Stronach projects in the US?

V: That's right. One day he spontaneously called me and told me to come to America, he needed sports pictures. So now my pictures hang in Frankie's Sports Bar in Miami! In 2015 it was about the equipment of the  Adena  Golf Club in Orlando, which is furnished with 30 of my pictures. Frank has a total of 60 of my pictures, most of them in the US. 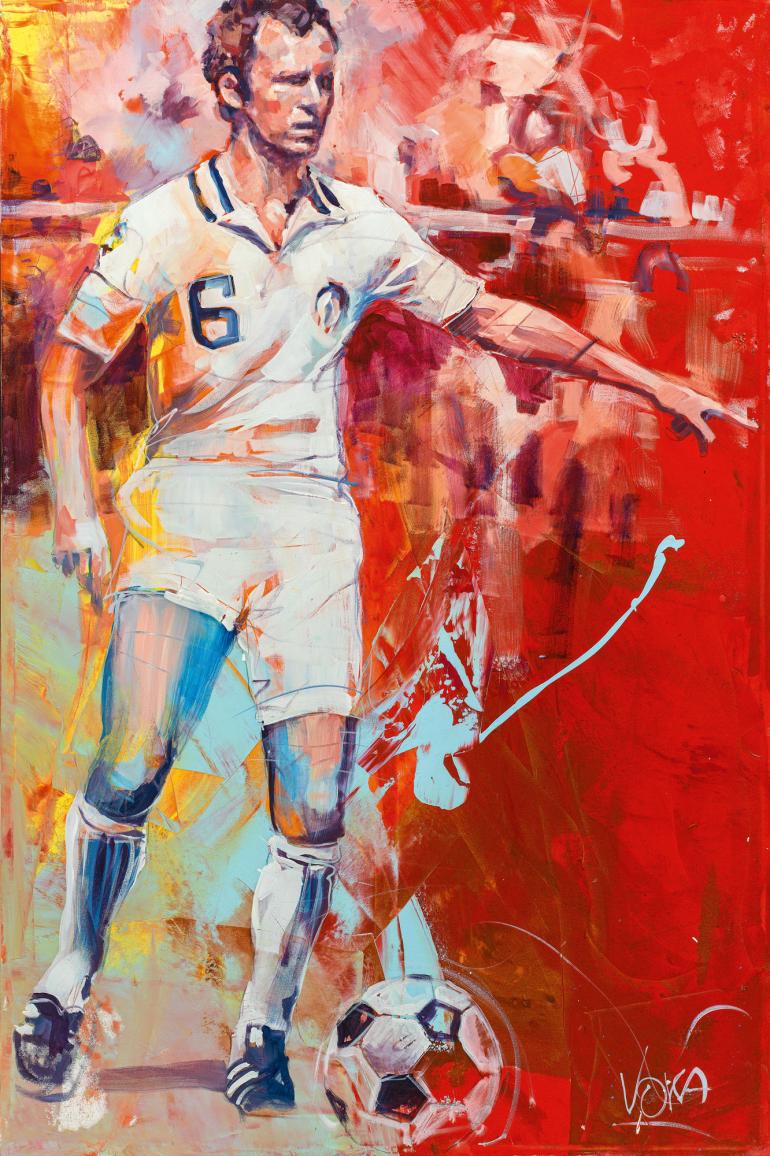 AM: How do you see Frank Stronach's collecting activities?

V: I think it's great when someone collects simply because they like it – that's a good approach.  Because I wouldn’t want to hang anything on the wall where I’ll experience physical pain every day walking by it!  When you look at a painting or a sculpture, you should be touched and think that the artist is able to do something. 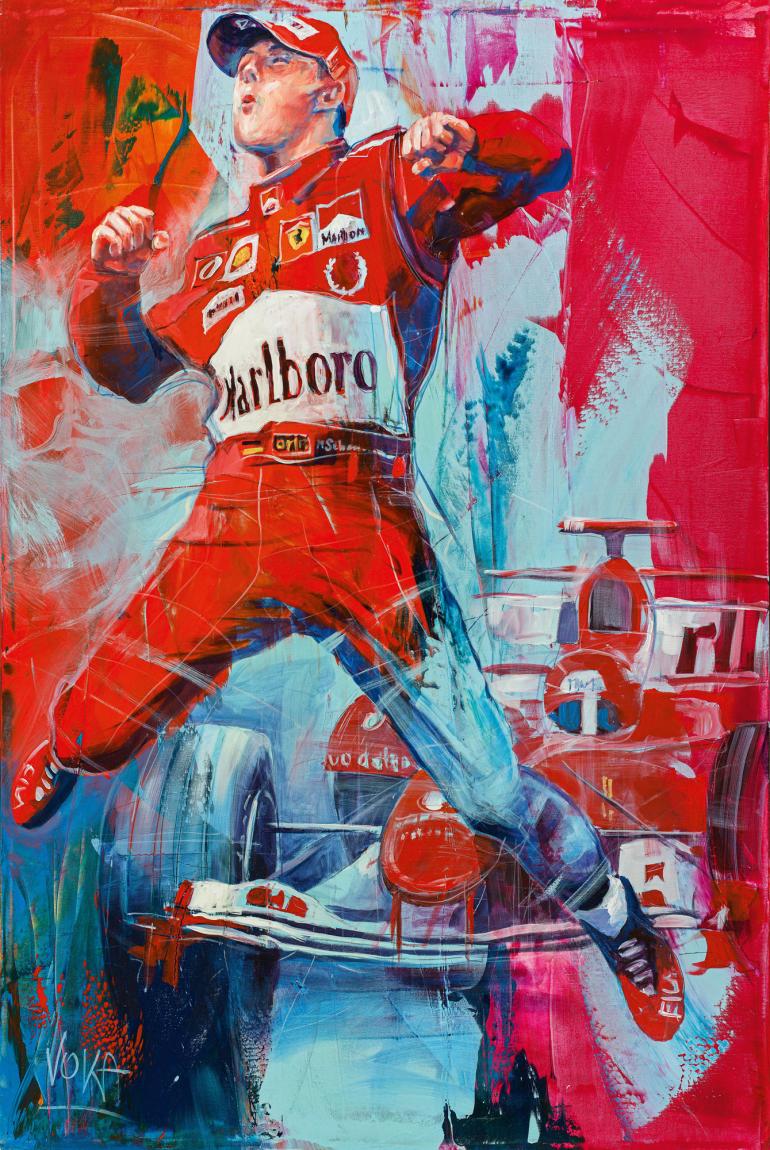 AM: That makes one think of the –old-fashioned sounding – concept of the so-called "fine arts"...

V. Yes, exactly! Art should be there to be beautiful. Of course, 100 years ago it was important to paint battles to document them for eternity. But today I don't have to constantly get upset or create negative emotions with art. On the contrary, I want to show positive things! 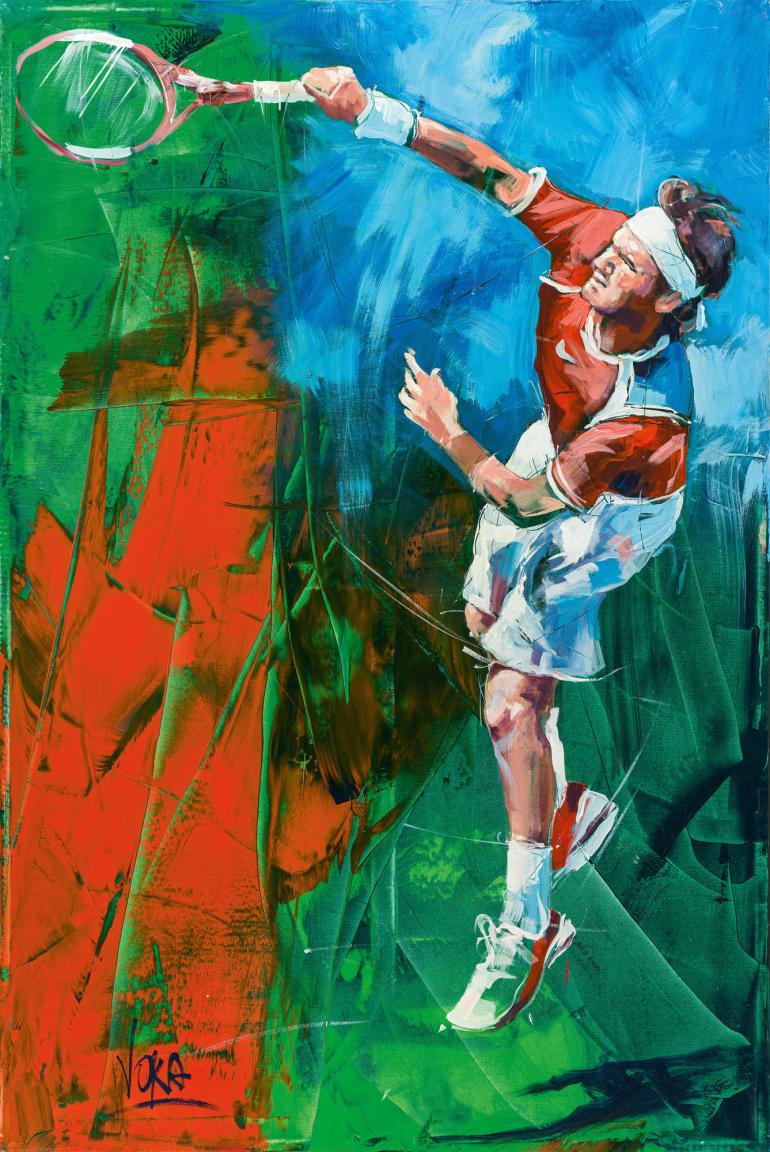 AM: So what is a job well done for you?

V: When I finish a picture in the studio at two o'clock in the morning, step back and say "Wow" – then I'm happy. I want to think that I have moved and done something great; and that certainly won’t be a blue dot and red line. 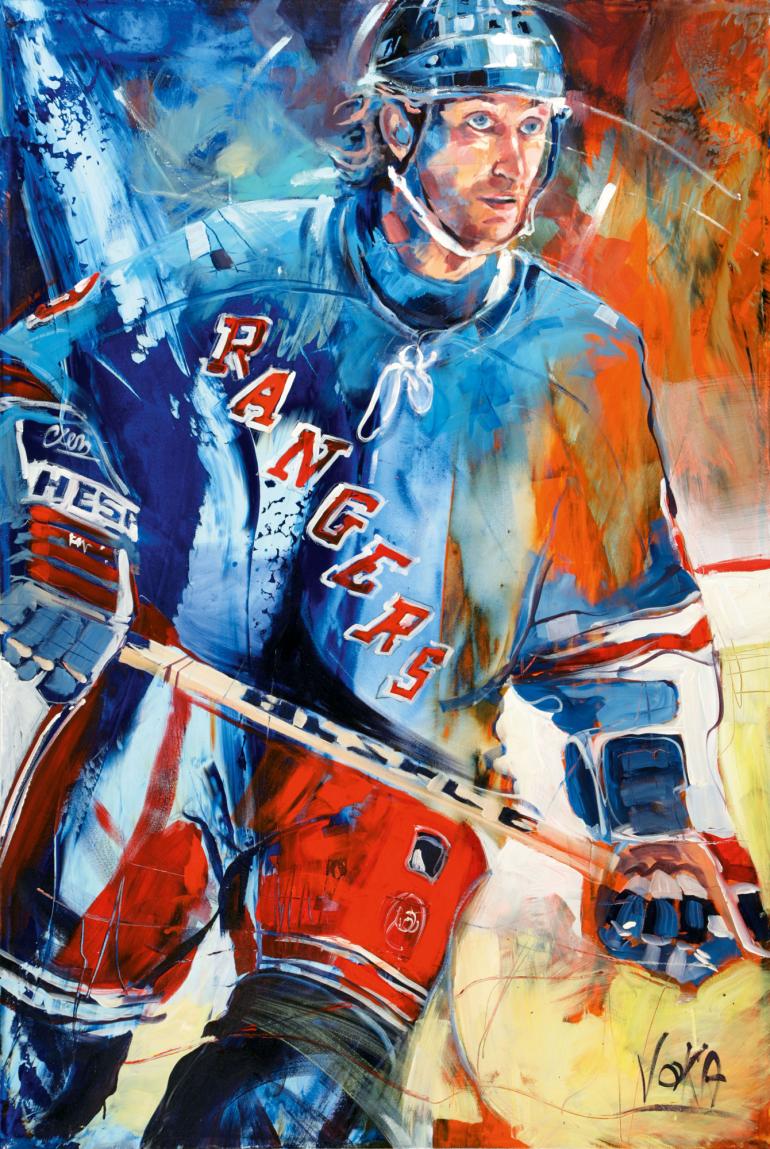 VOKA, born in 1964, understands his art as "spontaneous realism": he captures snapshots that move him. 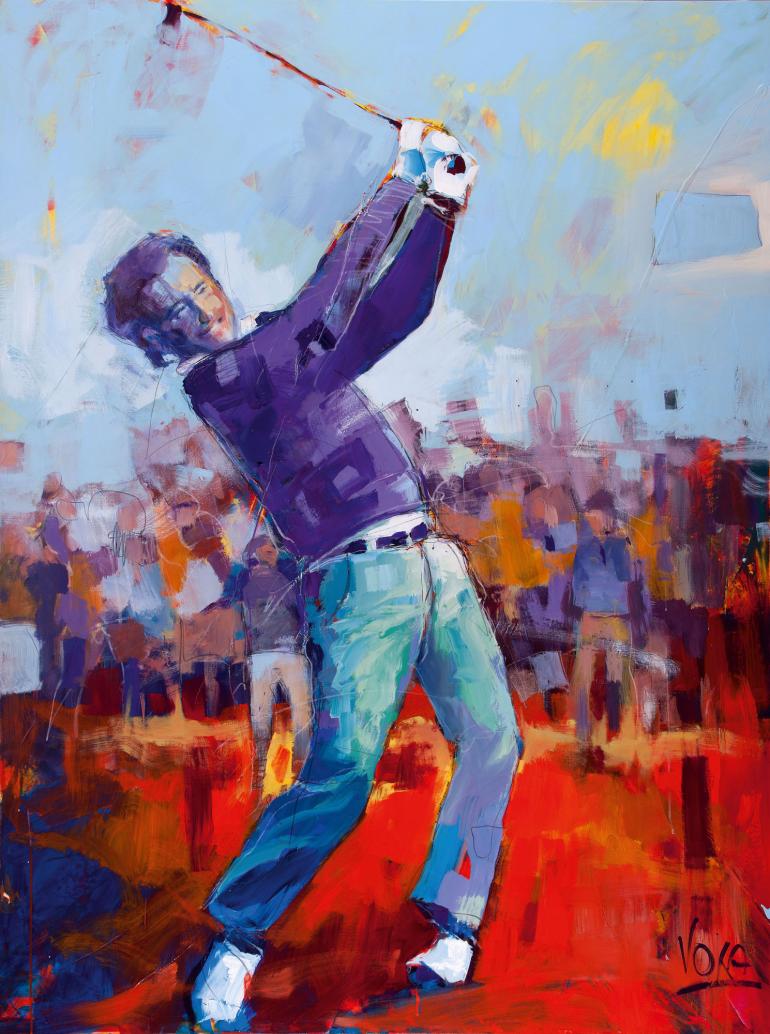 The eleven pictures from the Legends series by VOKA will be auctioned. These are large-scale depictions of iconic sports personalities; the pictures were originally produced in support of a charitable foundation. Here you can find a whole range of legends and sports. 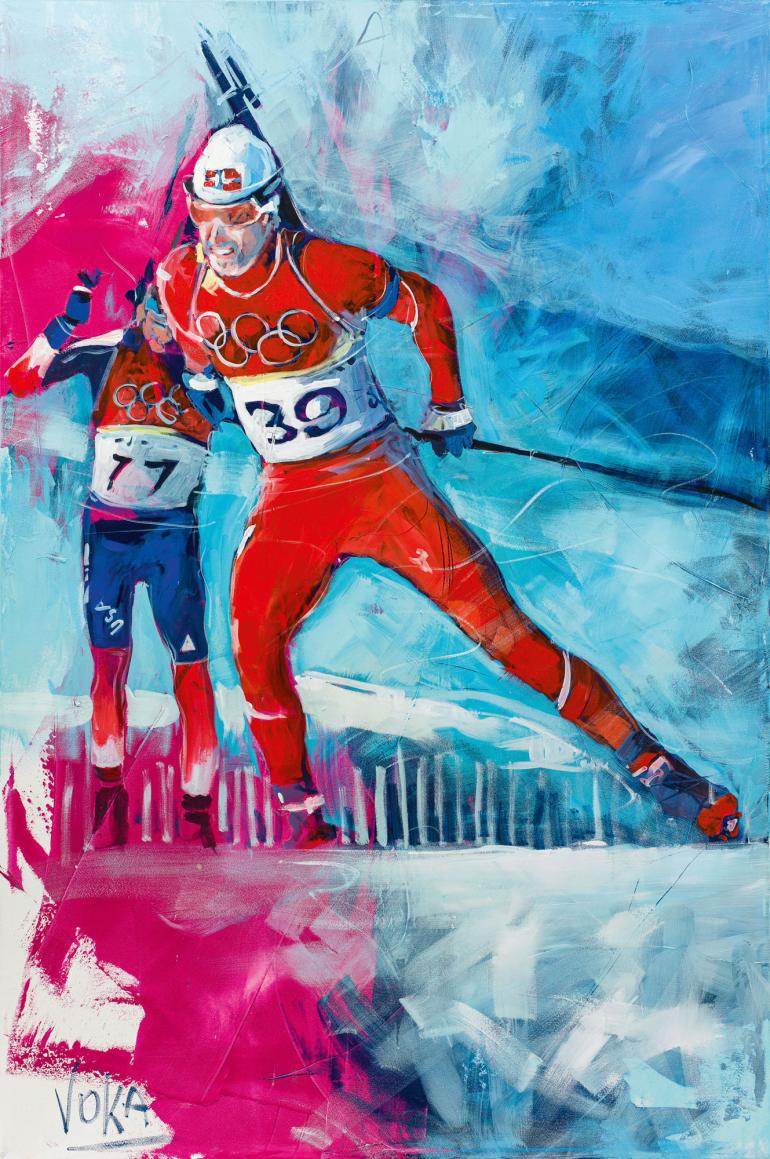 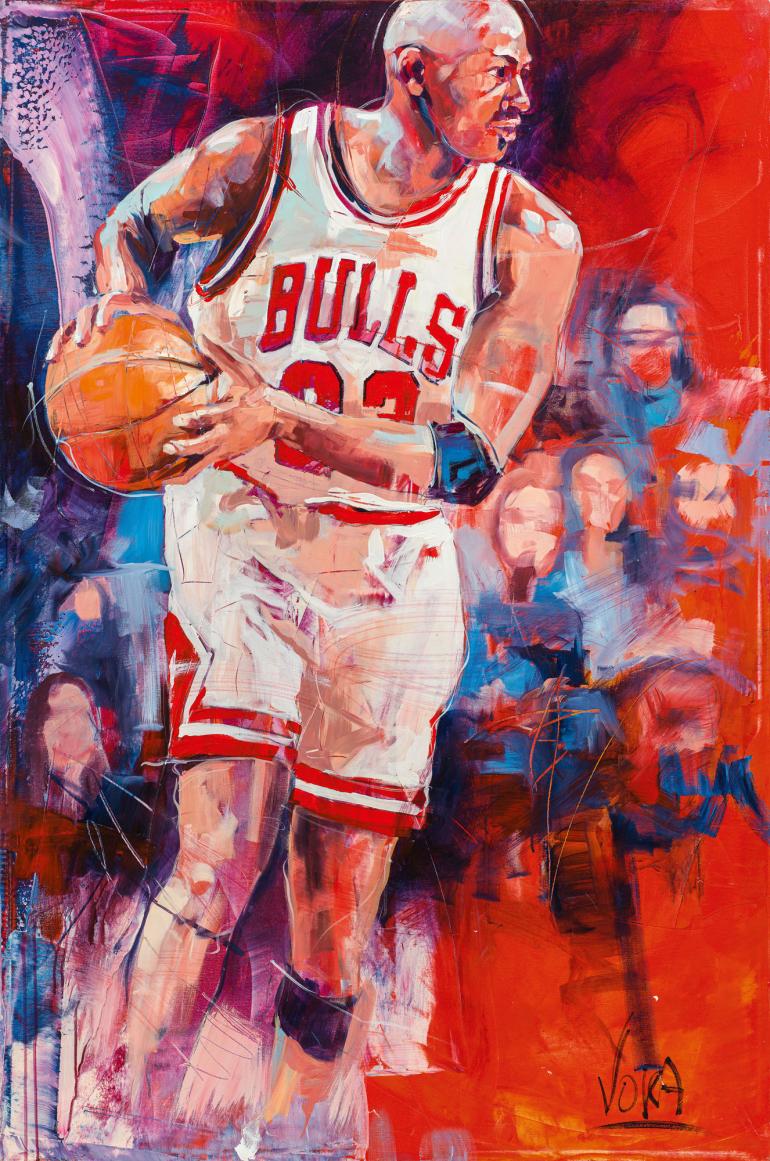 Frank Stronach had also bought the twelfth picture from the series, which depicts the golfer Costantino Rocca.  However, the Austrian retains this. The series is accompanied by a high-quality book  that contains all Legends subjects and which is added to every auctioned picture. (Alexandra Markl) 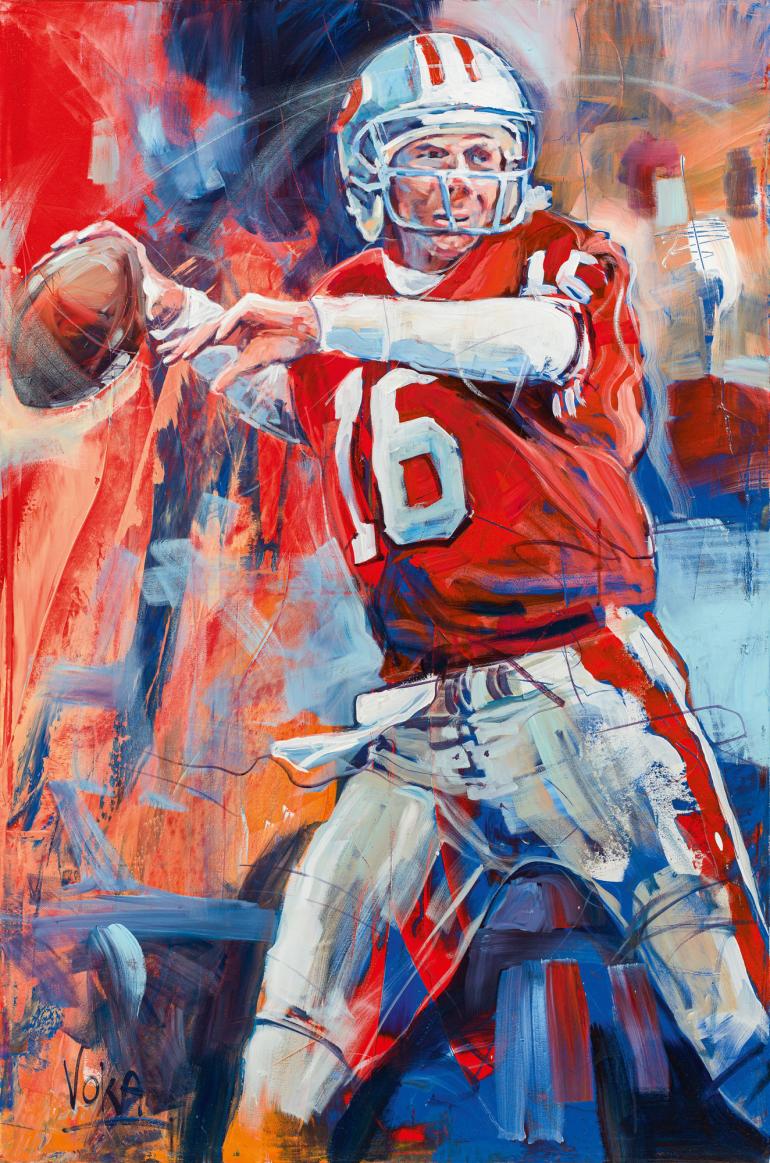 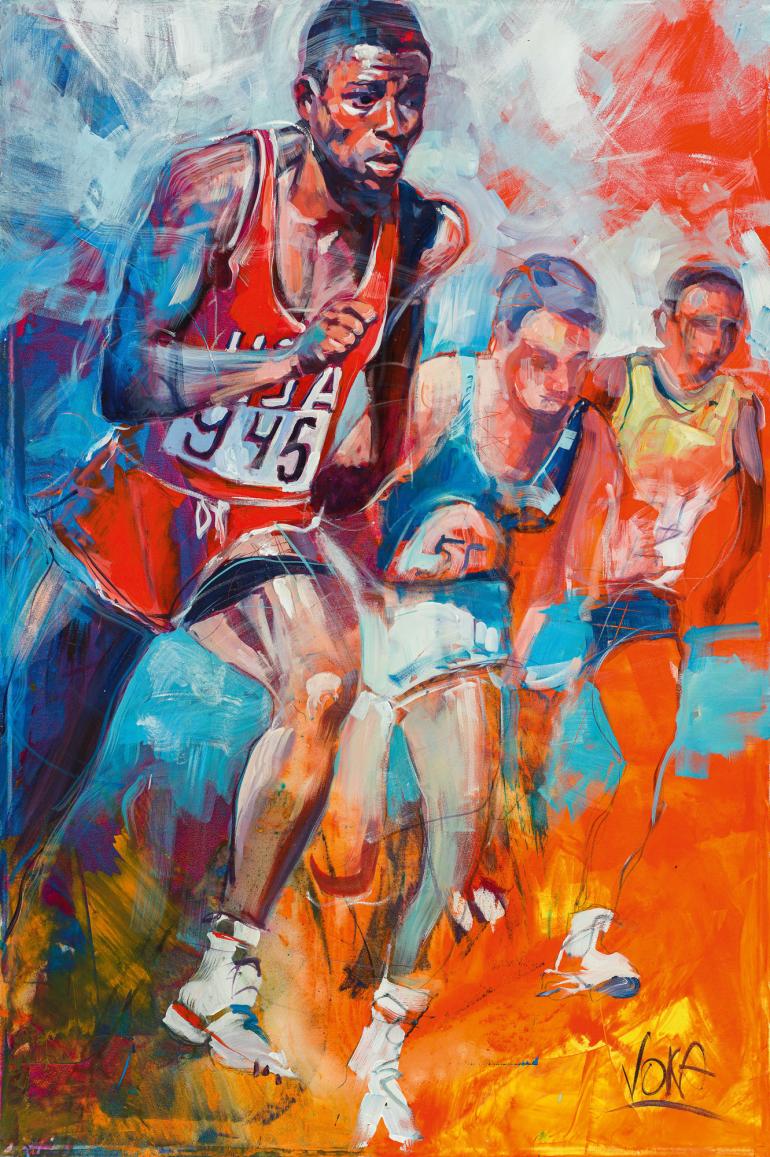