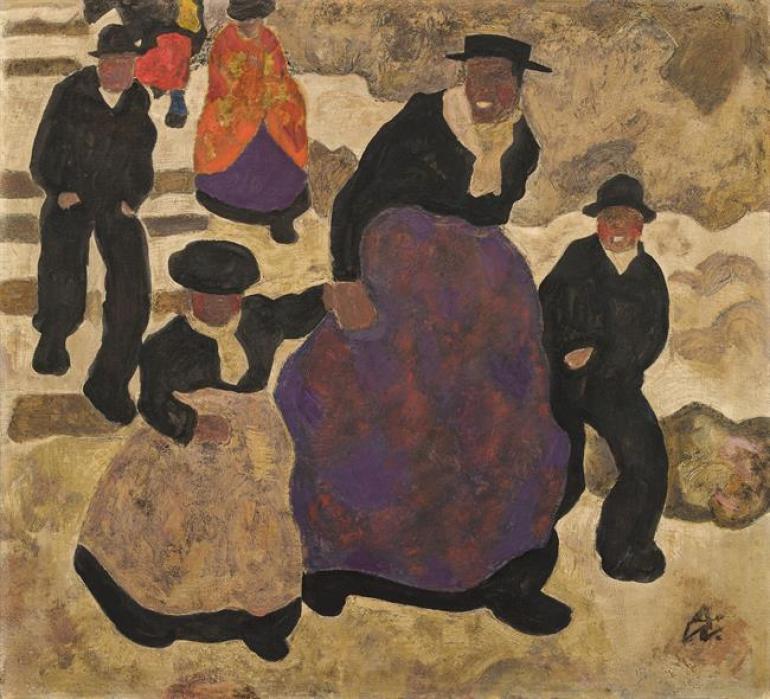 An absolute top prize was reached by the picture "Kirchenstiege" (Church Steps) by Alfons Walde  – after a long bidding war, it was finally awarded for 636,000 euros including premium. This painting, created around 1922, shows churchgoers in festive costume – a motif that the artist has often used in different variations. The strong price proves the continuous popularity of Walde on the market. 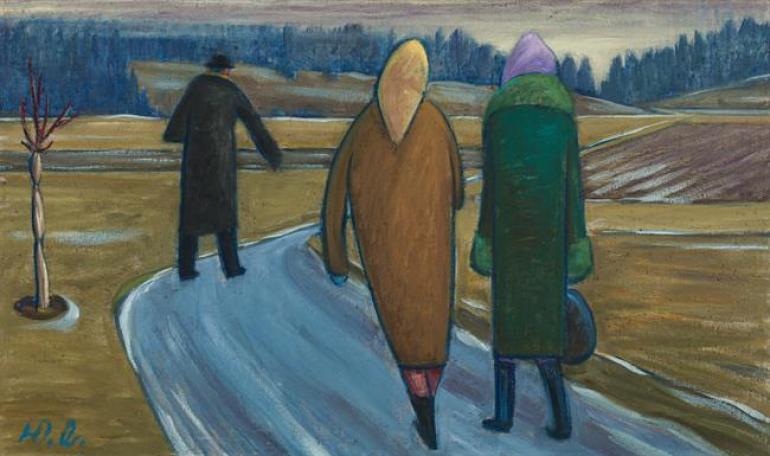 Werner Berg's work also showed its enduring strength on the art market – and in particular at auctions at the imKinsky. His painting "Bei Frost unterwegs" (Walking in the Cold) from 1976 aroused the enthusiasm of the bidders and was finally auctioned for 210,500 euros including premium.

Bidders showed equally great interest in a magnificent small park landscape by Carl Moll.  The "Förever  Park in der Mittagssonne" (Förever Park in the midday Sun), created in 1926, found a new owner for 102,500 euros including premium. It shows all facets of the light that penetrates through the dense treetops into the park near Bratislava. 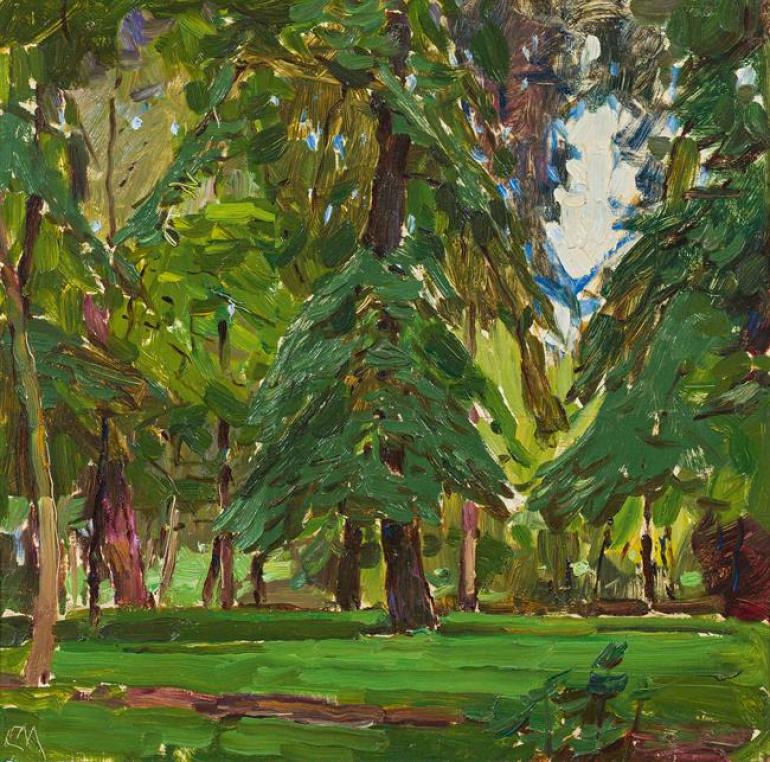 You too can sell your works of art and objects  successfully.
Benefit from our advice - we look forward to your consignment!

Finally, just in time for the holiday season, a wonderful view of Capri got bidders in the right mood – the large picture by Josef Stoitzner  from 1923, entitled "View of the Sea in Capri", brought in 54,500 euros including premium. 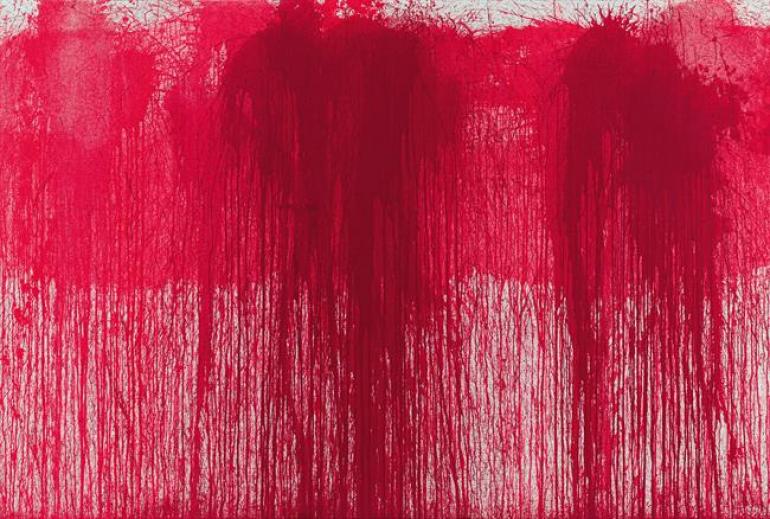 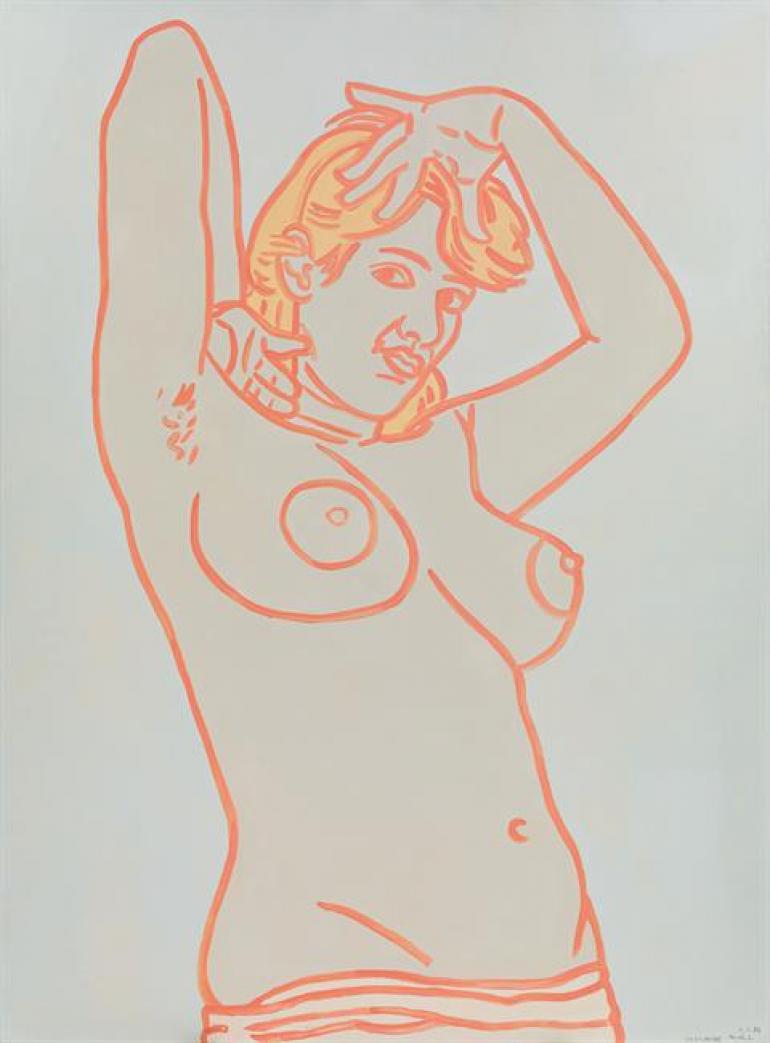 The female nude entitled "Violaine" by the controversial artist Otto Mühl  also aroused a lot of interest and was awarded at 86,000 euros including premuim. 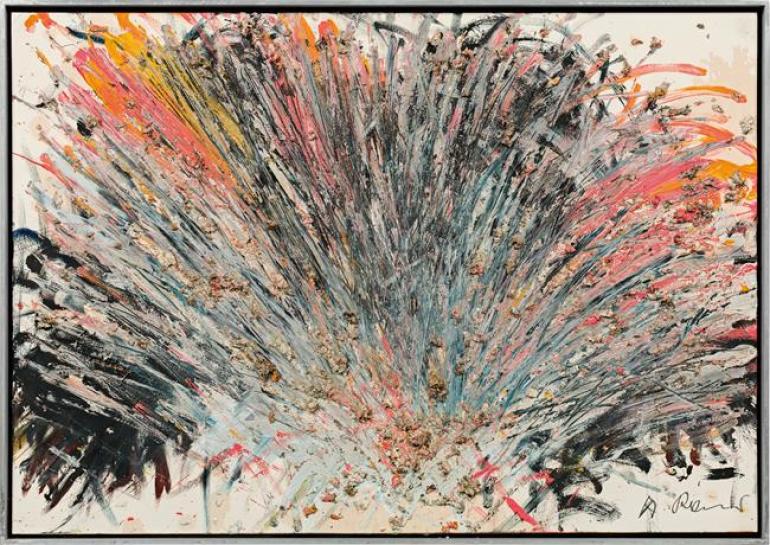 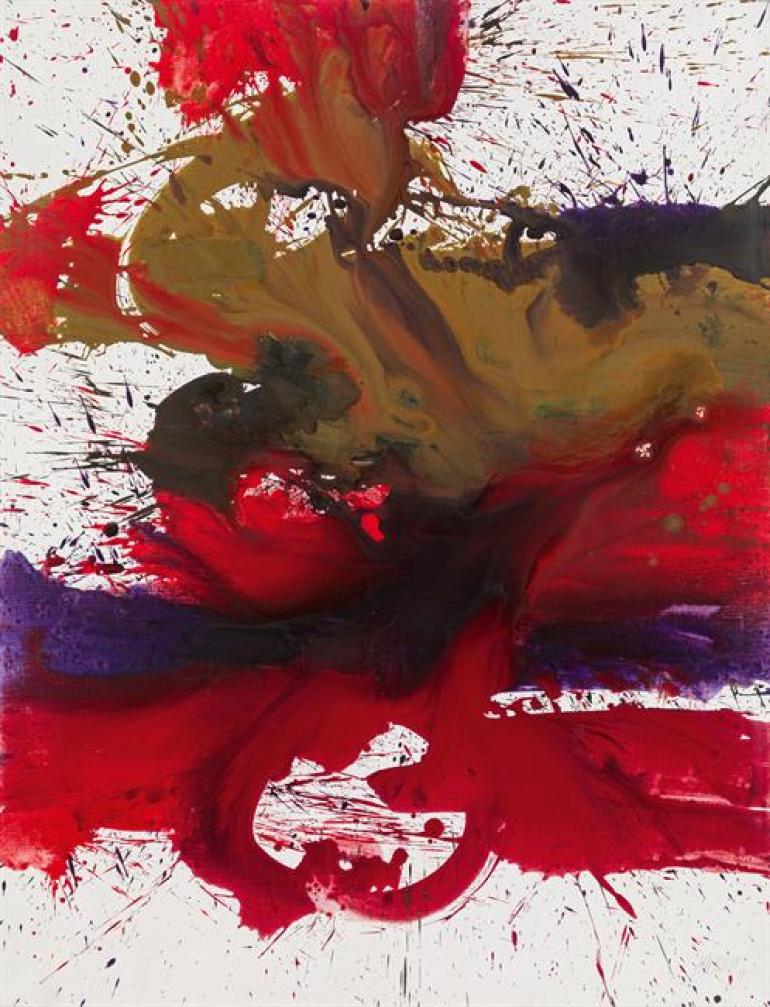 Its upper estimate was easily overstepped by a work by Markus Prachensky  from 1977. For his "S. Angelo-Duke-C Size-I", the hammer fell at 55,500 euros including premium. 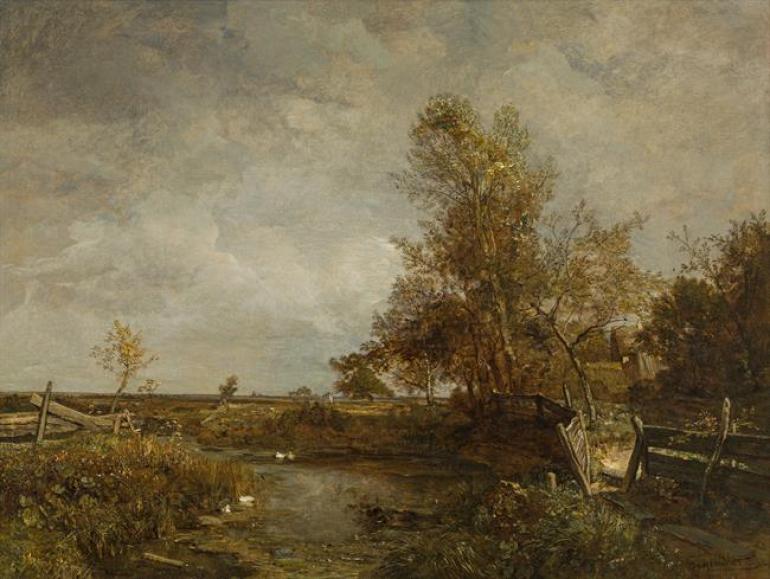 Paintings of the 19th Century

This department also achieved great  success. Thus with the  painting Emil Jakob Schindler's  "Partie aus Zütphen" ("Memory of Holland"), a sensational price of  131,000 euros including premium was achieved after a bidding war. The painting was created in 1882 in memory of a study trip that the artist had undertaken together with fellow artist Tina Blau to Holland. 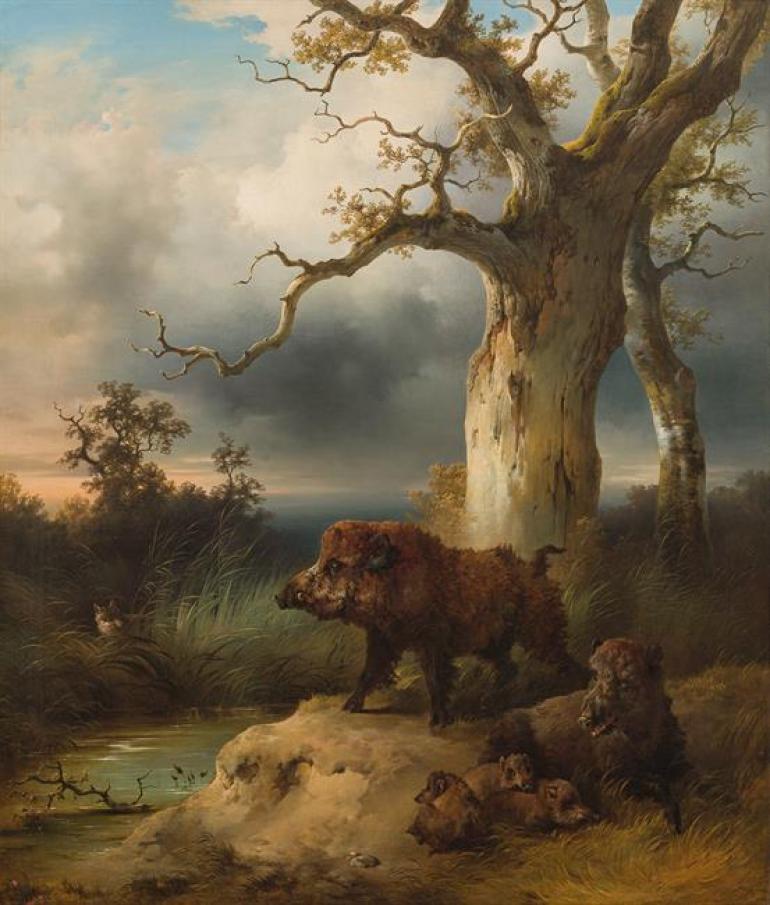 A "Boar Family" by Friedrich Gauermann  from 1856 also met with much interest and was finally awarded at 92,500 euros including premium. The subject already enjoyed great popularity during the lifetime of the artist, even the emperor owned a version of the boar family. 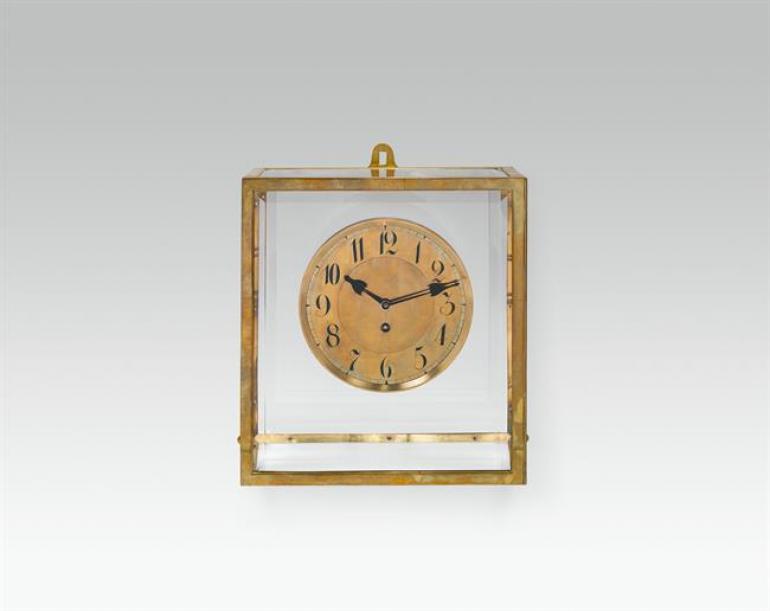 The top lot of the Art Nouveau section was a wall clock by Adolf Loos, a fantastically rare item. It did not disappoint expectations at the auction and was finally awarded for 90,000 euros including premium. This unique piece was designed by Loos around 1920 for Helene Reitler's Villa in the Viennese suburb of Hietzing. 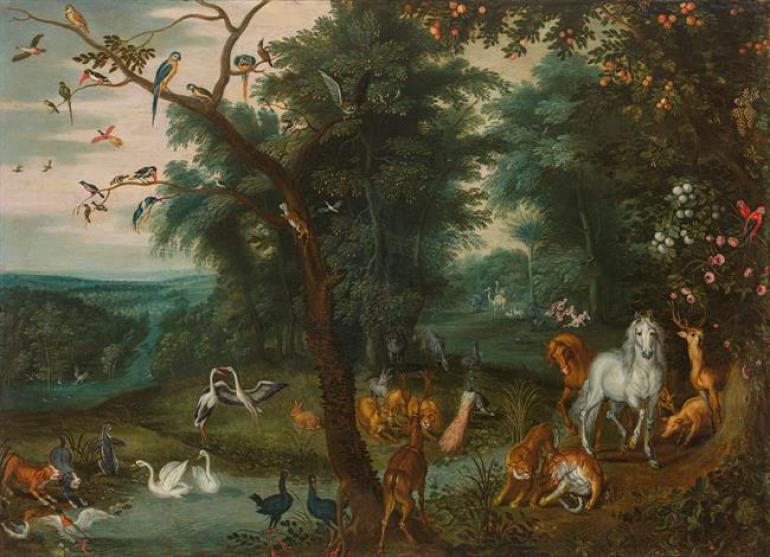 The centerpiece of the auction in this department was a painting by Jan Brueghel the Younger, a magnificent "Paradise landscape with the creation of Eve" from the 1630s. Exotic depictions such as these enjoyed great popularity in the 17th century – an interest that obviously continues to this day. Thus, this picture achieved 86,000 euros including premium. 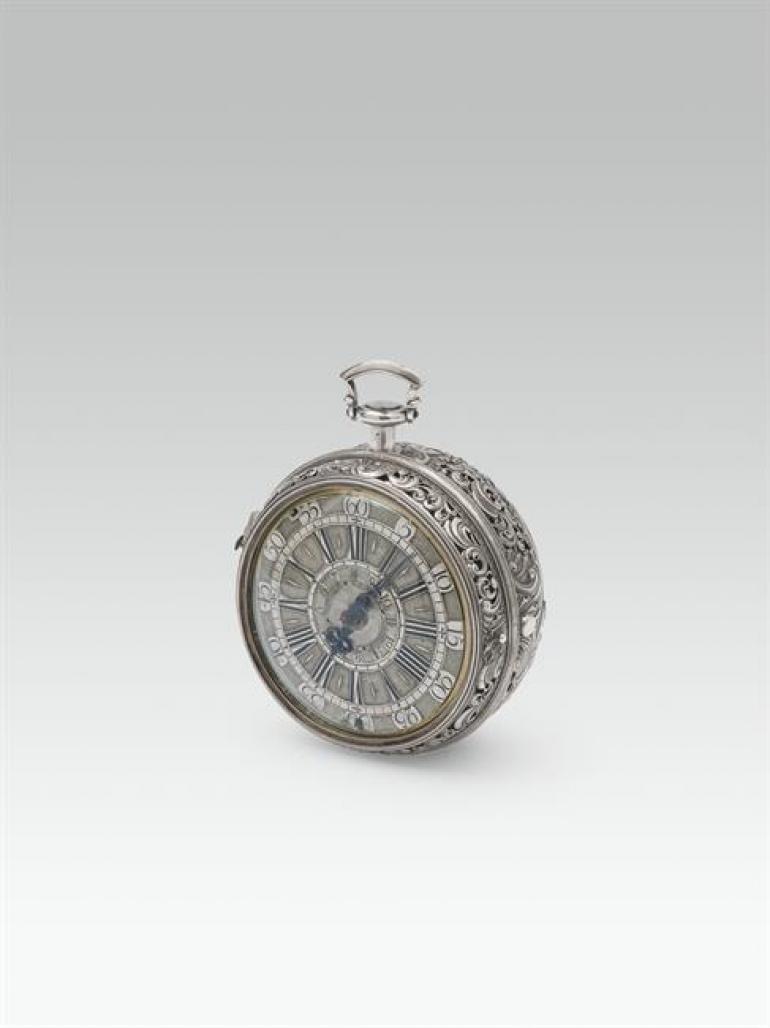 A carriage watch from Augsburg from the early 18th century, which was finally awarded 32,000 euros including premium, ignited a lively bidding war. Watches of this kind are a reminder of the time when travel was a laborious undertaking; they were attached to the carriage or directly to the horse's saddle.