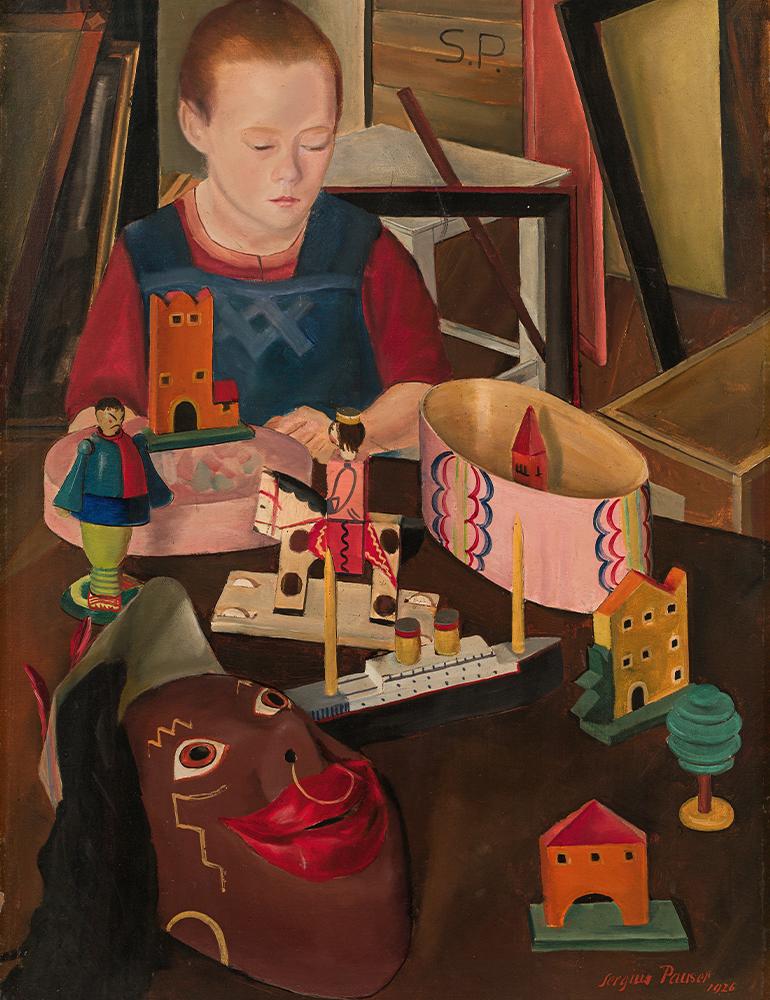 This is a typical painting in the style of the German „Neue Sachlichkeit“– New Objectivity. It shows a distanced, cool view of the child playing with its toys. Its face has a mask-like stillness and refers to the large mask in front of him. The painting offers an almost surreal still life, all emotion has been banned from the canvas. Only objects count, of which the depicted child is but one. 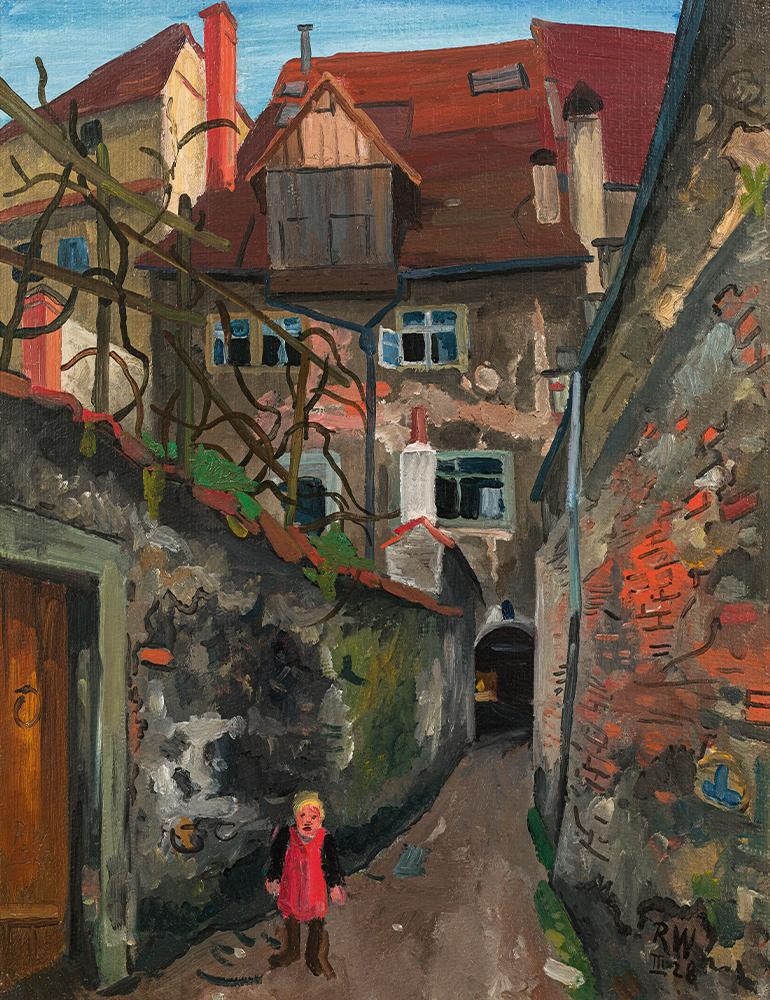 This painting stages an interesting contrast to the one by Sergius Pauser. Here, the protagonist is also a child, and the colors are glowing: the influence of Expressionism is still present in this picture. However, the artist has already taken it a step further: his view of the city with the lonely child gives an impression of the fragility of this world. 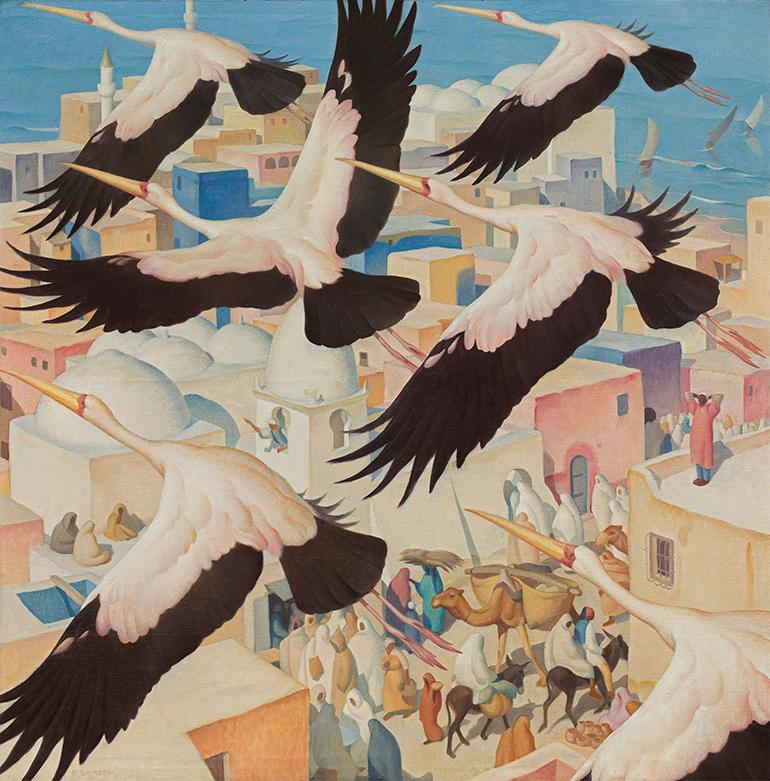 This large, square painting by the animal painter Norbertine BResslern-Roth is one of our beloved highlights. She uses her typical diffuse style of painting to render her impressions of her first and only trip 1928 to Tripolis. Getting to know a different culture must have vowed her, because this painting was executed in that same year. The artist takes the perspective of the cranes who fly over the city – an artistic trick that draws the viewer deep into the picture. 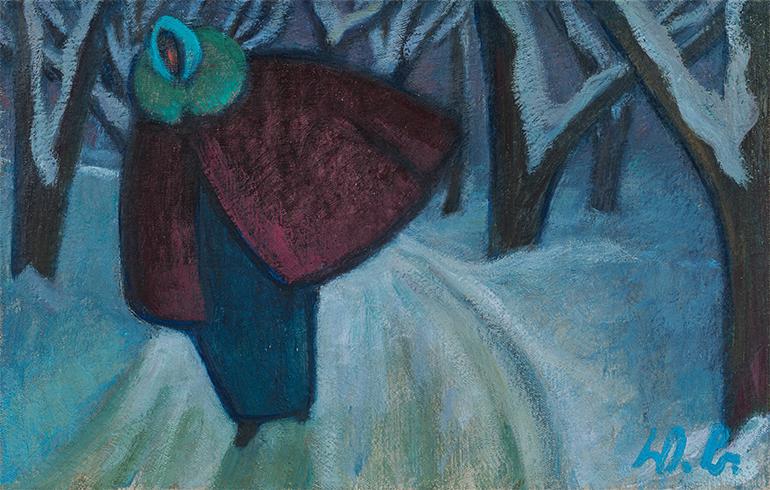 Werner Berg lived with his family since 1931 under the most frugal conditions on the Rutarhof in Carinthia, where he painted the lives of the peasant population. Wearing a headdress was custom then, and Berg used this to show the face of the woman just as a section; the triangular form is repeated in the shape of the cloak. The painter manages to convey the loneliness and hardship of the woman walking in the snow. At the same time, she seems to be interwoven with the landscape – as was Berg himself, who lived on the Rutarhof until his death. The artist is enjoying a steep rise in recognition theses last years, the imKinsky holds the world record for a work by this artist. 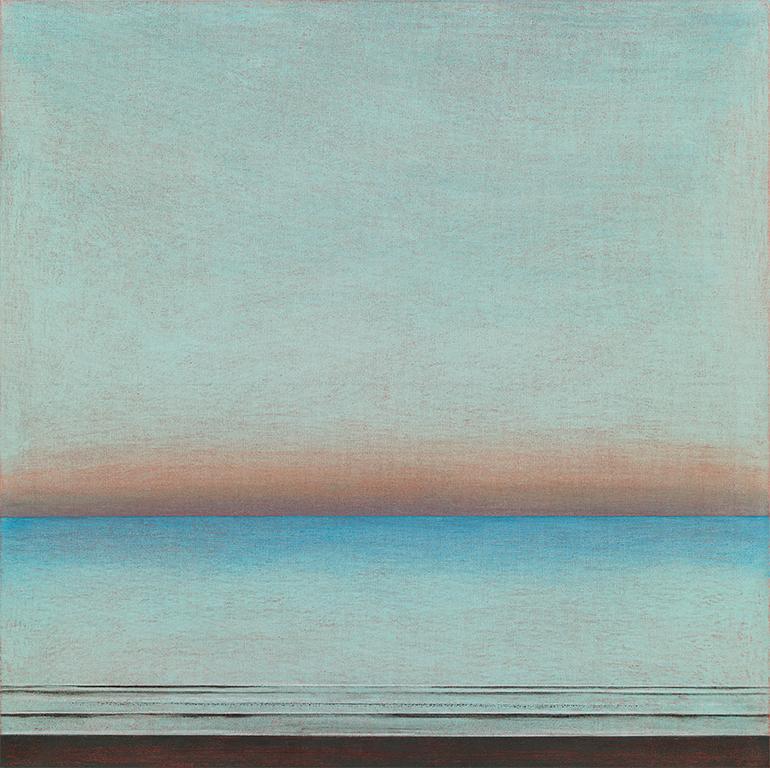 Eduard Angeli made Venice his second home, and it is Venice that he depicted time and time again. The beautiful light, the atmosphere of calm – Angeli is a master in rendering these moods. This painting is being dominated by blocks of sky and earth, which is typical for the artist. The work is without any small details. Horizontals like the edge of the water in the middle and the beach at the lower bottom, as well as the delicate pastel colors on the horizon are sectioning the picture and imbue it with a balance and calmness that transfers onto the viewer. 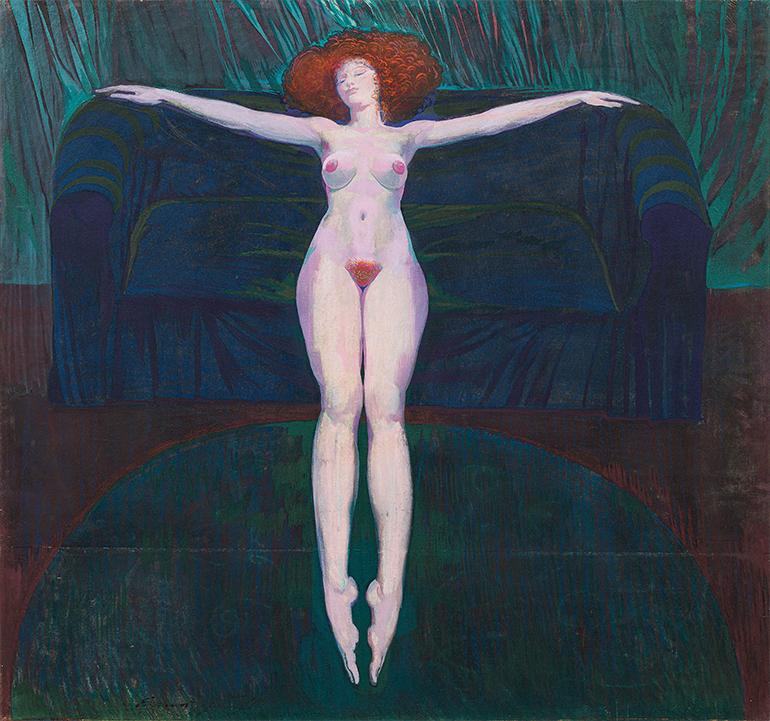 Ernst Fuchs, a member of the Viennese group of phantastical realists was not only a painter, but also a writer, musician, and stage decorator. He outfitted operas and ballets, and therefore the motive of the Ballerina must have been very familiar to him. His Ballerina however brings to mind less the classical ballet rats from Degas than Klimt’s women – an artist whom he considered a role model. The Ballerina’s hairstyle and position are suggesting a reference to Klimt’s “Nuda Veritas”. 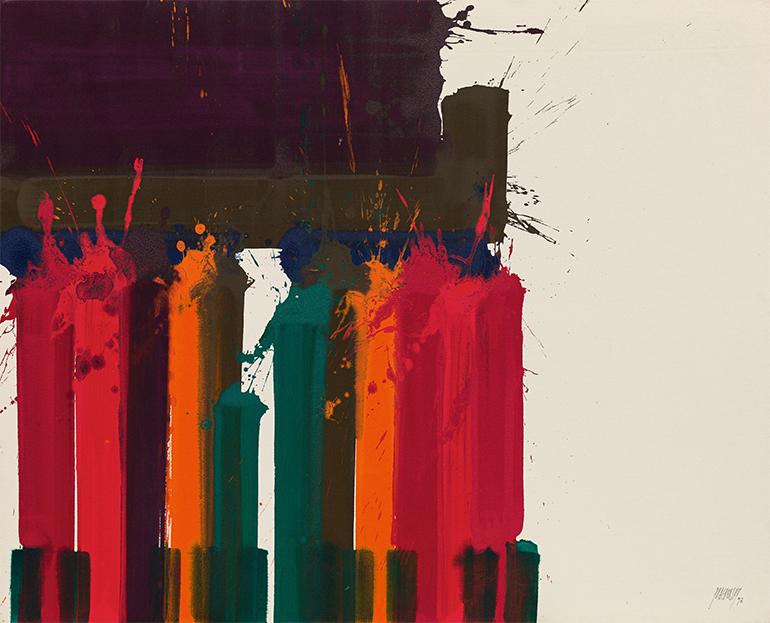 Markus Prachensky’s paintings always reference his travels, and their titles play on their place of conception. In 1992 he first travelled to see the excavations in Paestum, where he studied the temples. The second series that were created there bear the title Campania Shuffel. The name is a reference on the music of Jelly Roll Morton, which Prachensky was listening to while working on these pictures. With forceful paint splatters and lines, the artist creates a new world, which is in stark contract to the one, already long gone, in Paestum. Time and time again, Prachensky uses red as his central color, which he prefers above all for being the color in which he can express himself best. 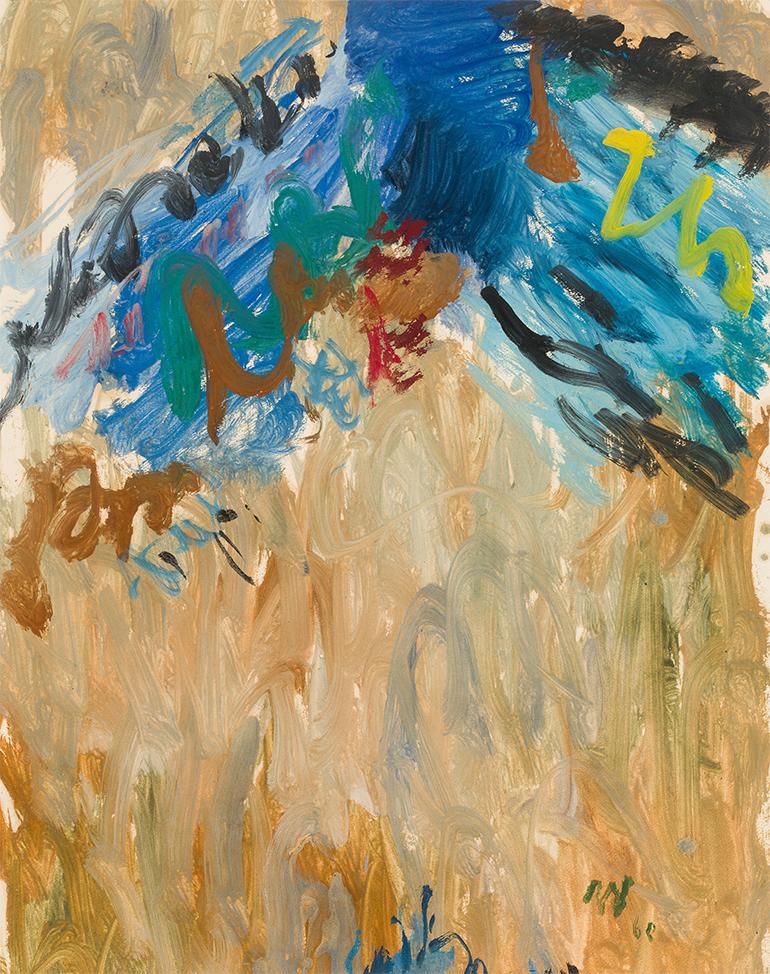 The artist began this illustrative cycle toward the end of the 190ies, which ended up to comprise 29 parts. The series is being named after the first sentence from the Book of Wisdom by the theologian Master Eckart from the 13th century: “When all things were lying in deep silence and the night was in the middle of its run, there came from the sky, from the royal throne, o Lord, your almighty word”. (Meister Eckhart, Book of Wisdom, 18, 14.15). This cycle represents the final turn of the artist towards abstract painting.