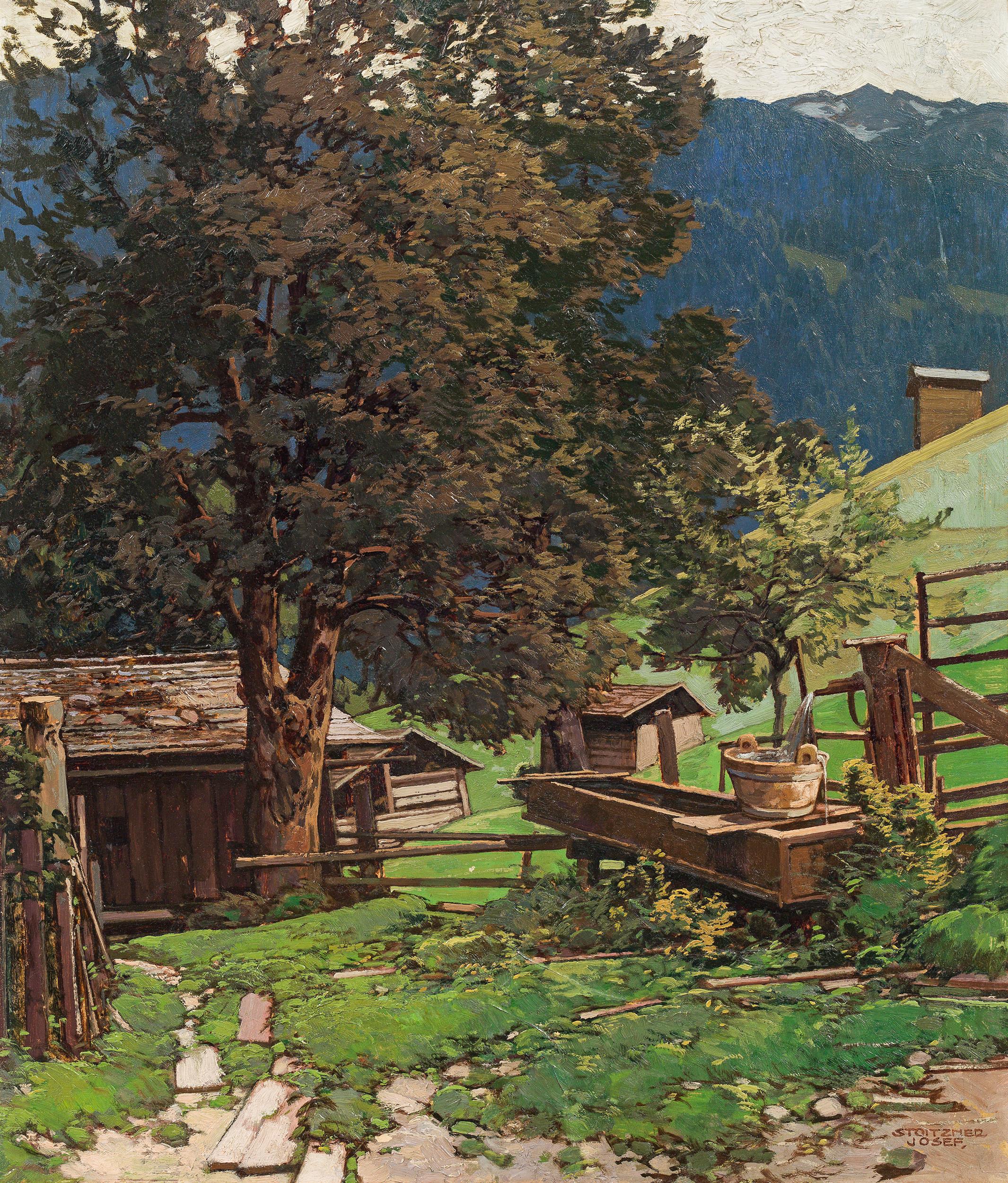 The painting will be included in the forthcoming catalogue raisonné by Dr. Jakob Wirz with the number 1.8.81.

Josef Stoitzner was born on 24th of February 1884 in Vienna. He received his first artistic education at the Vienna School of Applied Arts in Anton Ritter von Kenner`s classes. From 1906 to 1908 he studied at the Vienna Academy of Fine Arts under Franz Rumpler. In 1905 he began his activity as a drawing teacher, in 1909 he passed the teacher's examination and was thus able to succeed the landscape painter Tina Blau as a teacher at the Vienna Women's Academy from 1916 to 1919. From 1922 he worked as a specialist inspector for drawing lessons at the federal educational institutions in Vienna, Traiskirchen, Wiener Neustadt, Graz-Liebenau and from 1937 also as a specialist inspector for drawing and handicraft lessons at the boys' middle schools in Vienna. His many years of teaching finally led him back to his former educational institution, the Vienna Academy, where he taught drawing methodology from 1932 to 1944.

The oeuvre of Josef Stoitzner mainly comprised landscapes and still lifes, which are characterised by the detail of the drawing as well as by deep and pasty colours. He joined the Vienna Secession as early as 1909 and became a member of the Vienna Künstlerhaus in 1939. Josef Stoitzner died on the 9th of July 1951 at the age of 67 in Bramberg, Pinzgau. (CP)